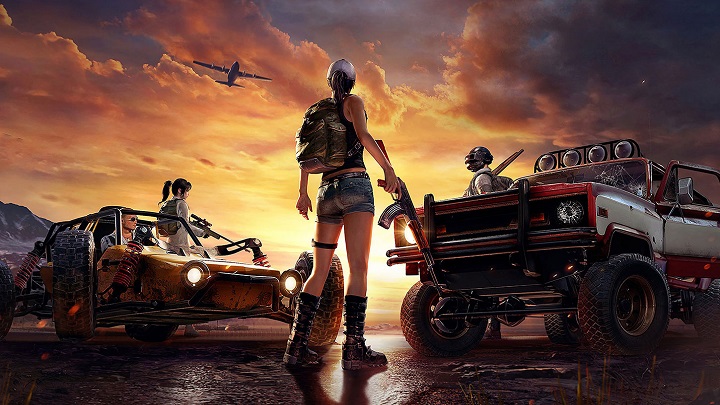 PUBG Mobile with the highest revenue among mobile games in the third quarter of 2019.

It would seem that the mobile gaming market is insignificant. However, there is no denying the fact that every year it grows stronger and stronger and that its consumers are more and more willing to spend their money.

According to the information provided by SensorTower, the total global gross revenue from mobile games increased by 20% ($16.3 billion) compared to the third quarter of the previous year ($13.6 billion). The most money was spent on App Store - $9.8 billion - and Google Play users paid $6.5 billion. 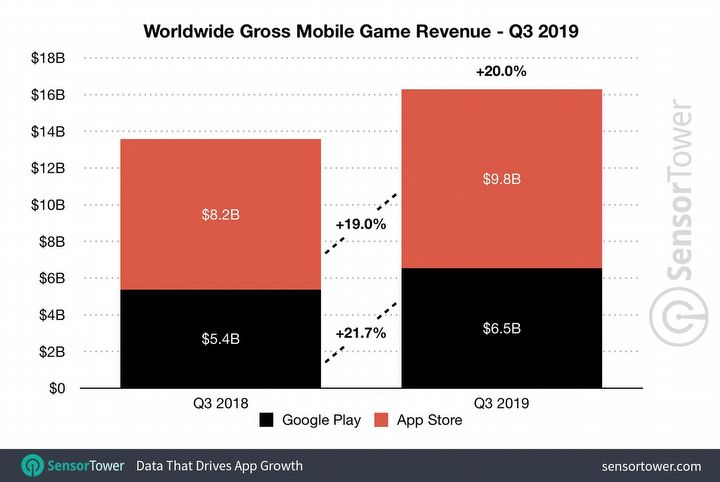 As for the number of game downloads, it increased by 17.6% (from 9.5 billion to 11.1 billion). However, Google Play dominates in the category, recording a total of 8.7 billion titles installed in the third quarter of 2019. App Store has their "barely" 2.4 billion. 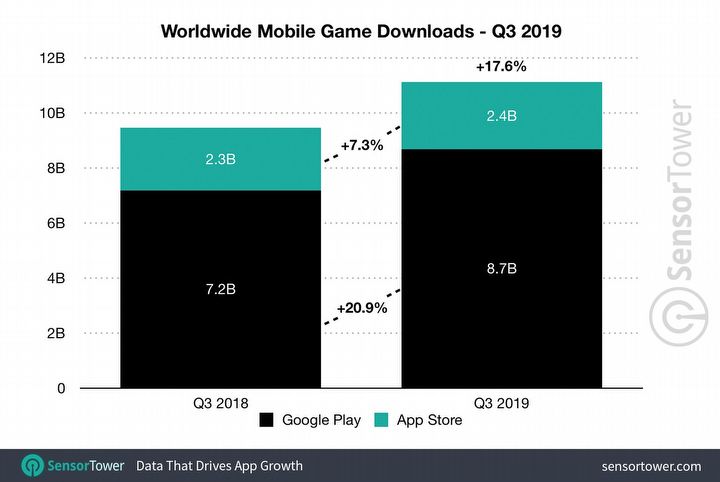 The game with the highest revenue in this quarter is PUBG Mobile (USD 496 million). The following Honor of Kings earned 377 million dollars and the third place went to Fate/Grand Order with 354 million dollars. Pokemon GO, on the other hand, is the game with the highest increase in revenue compared to the last year - by 63% (308 million dollars). All of these titles are based on the free-to-play model, but in each of them you will find additional payment options, such as cosmetic items, currency or simply methods of accelerating progress.

The game with the highest number of downloads in the third quarter of 2019 is Fun Race 3D (123 million). PUBG Mobile came in third, followed by the recently released Mario Kart Tour, which was downloaded 90 million times in over a week. 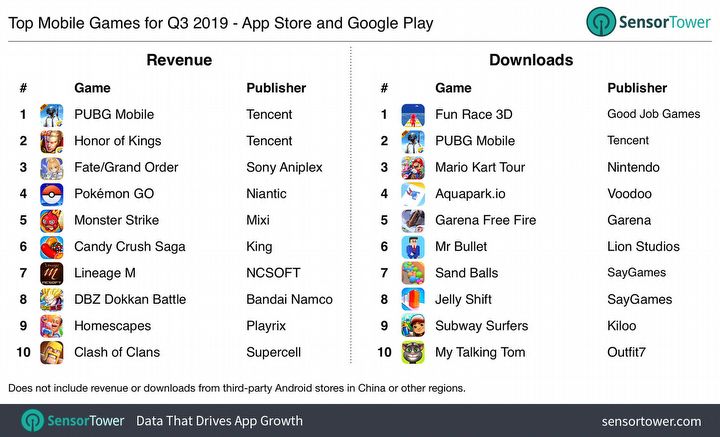 If you are interested in statistics of downloads and earnings of applications other than games on mobile devices, we invite you to read our separate news.