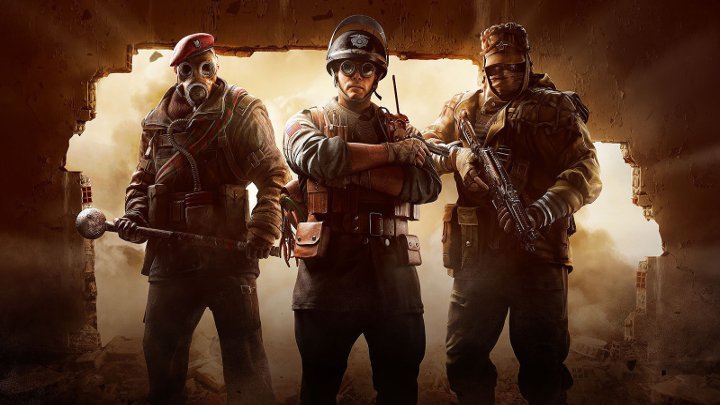 Tom Clancy's Rainbow Six: Siege will be developed for a long time to come.
THE FUTURE OF THE GAME IN A NUTSHELL:

Developers of Tom Clancy's Rainbow Six: Siege have announced that they are planning to release the game on PlayStation 5 and the new Xbox for the launch of both consoles. This does not necessarily have to happen, as much will depend on the manufacturers of both devices, but the developers' goal is to make their production a launch title for these platforms.

Moreover, the devs confirmed that cross-play between different generations of consoles from the same family will be available. For example, PlayStation 5 users will be able to have fun together with PS4 owners. The creators would like people on Sony and Microsoft hardware to compete together, but here the problem lies at manufacturers' field. Ubisoft knows how to implement the relevant technology and believes that such solutions are the future of the industry.

The devs also considered cross-play between consoles and PCs, but in this case they found the differences in controls too great for the idea to make sense. That's why this option will probably never come up. The plans are to allow progress to be transferred between platforms so that we can, for example, switch from PlayStation 4 to PCs without losing everything we've unlocked on the PS4.

The next twelve months are to be the period in which the devs of Tom Clancy's Rainbow Six: Siege will prepare the game for further years of development. As a result, the production will receive less new content. Instead of the standard eight additional operators, we will only get six. In addition, new maps will only start appearing when the team has finished upgrading already available locations.

As the developers explain, the game is currently rich in content and the level of competition is very high. That is why it is more important to refine the already available maps properly than to hurry with new ones.

As a reminder, Tom Clancy's Rainbow Six: Siege is available on PC, Xbox One and PlayStation 4. Since its launch in 2015, the game has been regularly developed and the next step will be Operation Void Edge.