The new installment in the Ratchet & Clank series, which is being developed for PlayStation 4, was first announced at last year's E3. The information about the new game featuring a pair of likeable heroes was also accompanied by the announcement of a movie about their adventures. Over the last year we were able to gather some important details related to both projects, including the date of their release, which is scheduled for spring 2016. Today, a post appeared on the official PlayStation blog, in which the developers from Insomniac Games presented the first trailer and screenshots from the game as well as some new information about it. An 8-minute gameplay video from the game also made its way online. It shows two levels of the production and story cutscenes.

As we already know, the story in the new Ratchet & Clank will be an adaptation of the animated feature film, which will be a retelling of the earliest adventures of the series protagonists. In addition to the completely redesigned levels that appeared in the original game from 2002, the developers have introduced many new levels, bosses and improvements, and used the gameplay model from the latest parts of Ratchet & Clank for PlayStation 3. The result will therefore be much more than a simple remake.

The game will also feature a fantastical and creative arsenal, which is one of the characteristic elements of the series as well as other titles from Insomniac Games. Ratchet will have at his disposal a whole bunch of gadgets and weapons that we've seen in the previous parts of the cycle. Equally interesting seem the brand new toys, such as the flamethrower seen in the video that turns opponents into two-dimensional 8-bit versions of themselves, which disintegrate upon impact in a spectacular way.

Even though there's still a year left until the launch of the title, the creators have already presented a special bonus for the players who choose to submit their pre-orders. It's an additional weapon called The Bouncer, which we could see in Ratchet & Clank 2 from 2003. It fires a single bomb that shatters into many small bullets chasing down an opponent.

More information about the game will be released at E3, which begins next week. 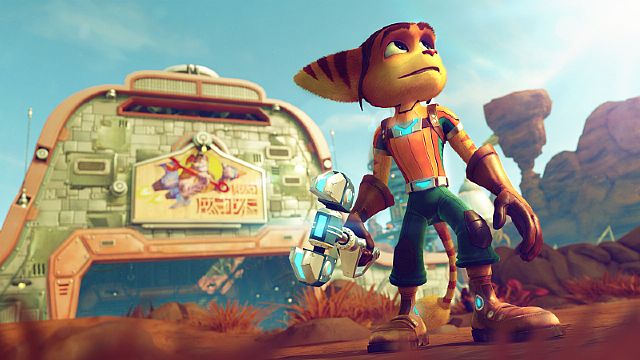 The production will be an adaptation of an animated feature movie whose world premiere is scheduled for April 29, 2016 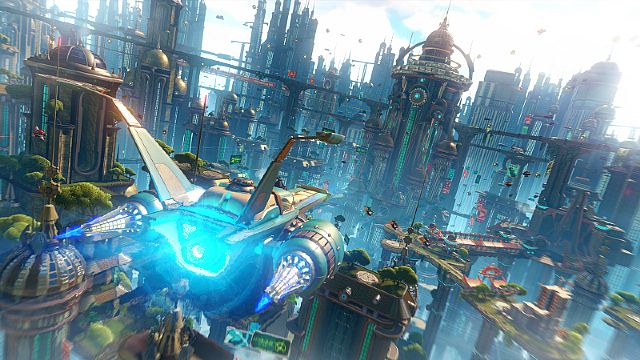 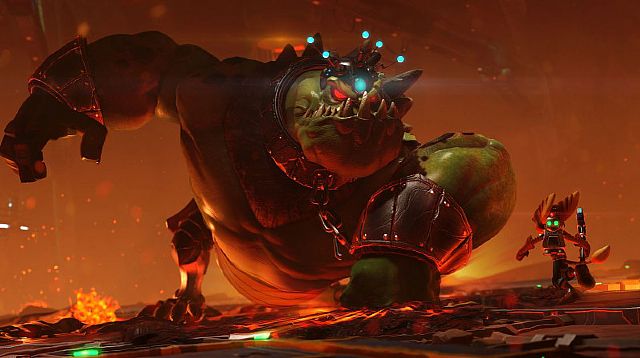 During our adventure we will be pitted against numerous bosses 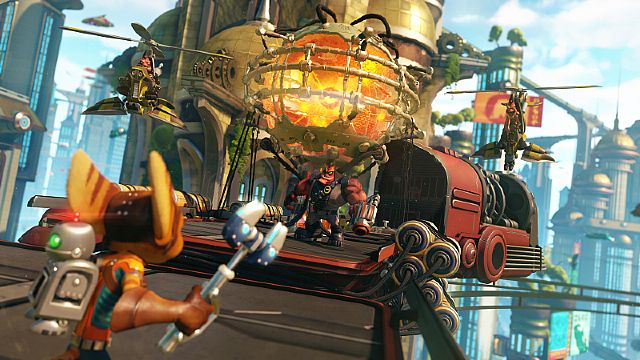 The Witcher 3: Wild Hunt Sold Over 4 Million Copies in 2 Weeks