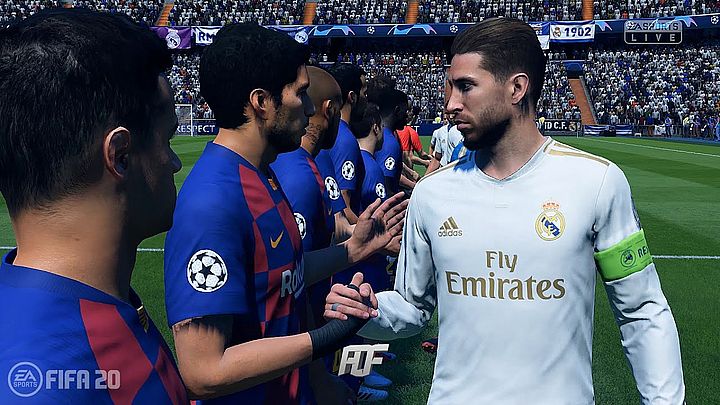 Now only in video games.
IN A NUTSHELL:

Yesterday we wrote about a peculiar situation that would have rather not happened if it had not been for the coronavirus epidemic. Because of the suspension of real-life Sevilla derby between Sevilla FC and Real Betis, the players of both teams decided to play out the match in FIFA 20. So they did, and Sergio Reguilon (Sevilla FC) and Borja Iglesias (Betis) faced each other on the virtual pitch. After the overtime, the striker from Estadio Benito Villamarin turned out to be better, and the match was watched "live" by over 60 thousand people.

It seems that both men inadvertently started a new chapter in the history of La Liga Santander. As reported by the Spanish newspaper AS (and translated by Kotaku), these two were followed by other clubs of the Spanish league. Thus soon all 20 teams of the suspended league will play against each other in FIFA 20. Today there will be a preliminary draw of teams for the tournament, in which 16 players (representing their clubs) will play. Of course, just like Sevilla derby, the whole competition is held purely for entertainment.

Before we go any further, a few things have to be explained, because the situation is a bit complicated. According to the AS's announcement, the table will be divided into 2 parts - places from 1 to 12 and from 13 to 20. The teams from the second group will play matches between themselves, which will determine the best four. This group will join the first one to start the tournament from stage 1/16 of the games, which will take place this Saturday. On the same day the quarter-finals will be played. The semi-finals and the grand finals await us on Sunday.

We'll be able to track the games at this address. The host and commentator of the tournament will be Ibai Llanos. However, this is not the most interesting news, as AS reports that several teams will be represented by real football stars. Atletico Madrid will be represented by either Alvaro Morata or Joao Felix, Sergi Roberto for Barcelona, and Marco Asension for Real Madrid (who had a lot of time for virtual ball after his serious injoury).

La Liga is not the only league that was suspended due to the coronavirus. Also players from England, Germany, Italy, Poland or France had to put their shoes back on hooks. Does this mean that soon we will all move to Twitch or YouTube, where we will be able to watch virtual achievements of players from our favourite teams? I can imagine how the stars of Real or Barca are training with the sports team of these clubs.

Release Date of The World of Cyberpunk 2077