We have received a statement from Epic Games on the matter:

"We are working with Norton to understand why this notification was sent. Norton received a report from a third party and we have not been able to verify the claims.

As always, do not reuse passwords and follow the below link for other ways to protect your account from common security threats."

Reports that have appeared on Twitter, the ResetEra forum and Reddit suggest that there has been a giant data leak associated with the Epicgames.com domain. Up to 106,353,275 usernames, emails and possibly even passwords could be involved. If you have an account on the website, be sure to change your password (and make sure you don't use it in other, important places).

Users whose data may have been compromised have reportedly received messages informing them of the situation. In the first case the email came from Mastercard, while in the second the warning was generated by NortonLifeLock service (screenshots below). A similar situation has already been reported by two different Internet users. 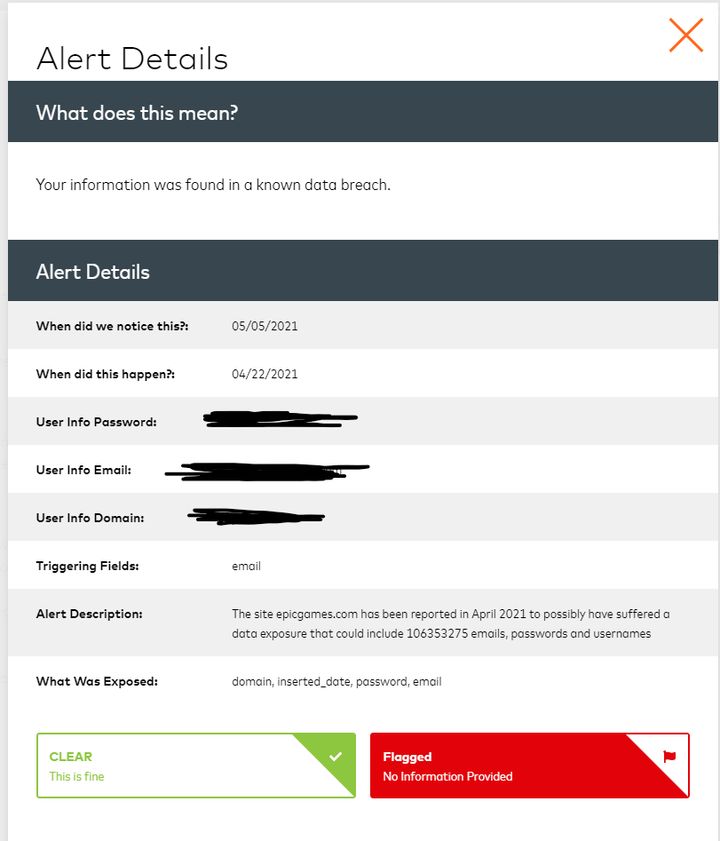 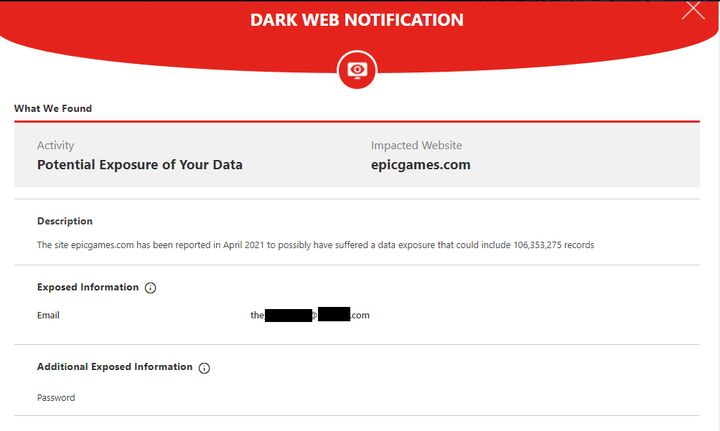 Screen shots of the emails that users have received.

It is worth noting that these are currently unconfirmed rumors - Epic Games has not addressed the matter officially, but it is better to be safe than sorry.