A post on Twitter by the creators of Call of Duty: Warzone suggests that the next after John Rambo John McClane - played by Bruce Willis, the main protagonist of the Die Hard movie series. Unfortunately, it is not yet known when the new protagonists will hit Activision's online shooter.

You can see the creators' tweet below. At first glance, it looks like an advertisement for a duct cleaning company, but don't be fooled by appearances. Its name is a reference to the Nakatomi Corporation, where Holly, John McClane's wife, worked. What is more, the action of the first movie in the series took place in Nakatomi Plaza office building, where John was squeezing through ventilation ducts, lighting his way with a lighter with the company's logo. And if you're still short on evidence, take a look at the slogan at the bottom of the image: "Say YIPPEE KI YAY to dust." Sounds strangely familiar, right?

There are even more signs. Nakatomi Duct Cleaning is said to have been providing the service since 1988... the same year the first movie came out. And if you go to the website of the non-existent company prepared by the creators, you will find the text of the advertisement referring to the movies title and a hint about a promotion on the occasion of a Christmas party which takes place during the movie. 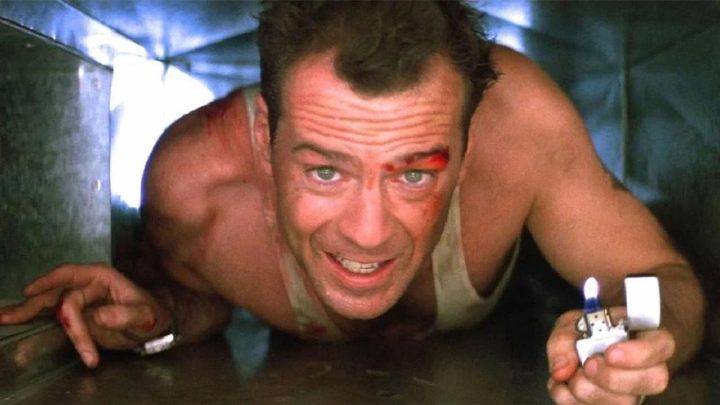 John McClane's appearance in Call of Duty: Warzone won't be the character's debut in video games. There were a few attempts in the late 1990s and early 2000s to port movie blockbusters to PC and/or consoles, but they were mediocre at best (including Die Hard, Die Hard 2: Die Harder, Die Hard Trilogy 2: Viva Las Vegas, Die Hard: Vendetta and Die Hard: Nakatomi Plaza). Let's hope that the crossover will turn out better than these standalone productions... and that McClane will get a more powerful weapon than the small pistol he's known from.

Developers of Call of Duty: Warzone are apparently going to introduce some characters from 1980s, the era in which is their online shooter is set after recent changes. We can only guess who will be next. I'm betting on one of the characters played by Chuck Norris, what about you?

Capcom Reports Record Earnings for Fourth Year in a Row

New Gears Will be Powered by Unreal Engine 5

Ubisoft Will Brand Its Own Games as  Ubisoft Originals

Dogecoin Drops; Elon Musk Will Re-launch It to the Moon