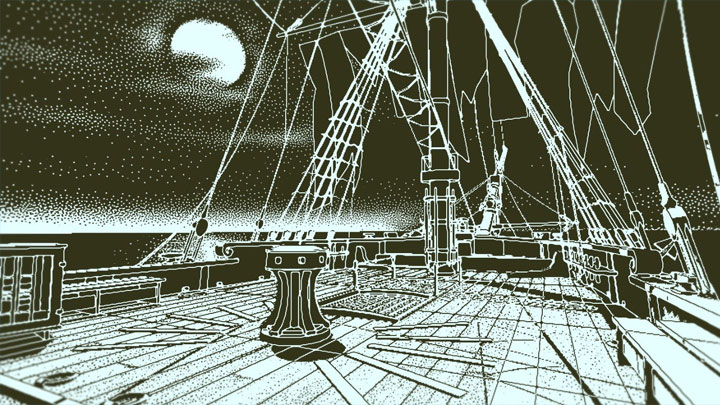 The console versions will be released in the fall.
RETURN OF THE OBRA DINN IN A NUTSHELL:

Independent developer Lucas Pope announced console versions of Return of the Obra Dinn, one of the best PC adventures game of last year. The production is slated for PlayStation 4, Xbox One and Nintendo Switch, and the release is scheduled for this fall.

Unlike the PC original, Lucas Pope isn't working on the ports. He entrusted this task to the British team Warp Digital. This studio specializes in porting PC games to other hardware platforms and has a track record of console versions of Ruiner, For the King and Human: Fall Flat.

Return of the Obra Dinn debuted on PC in October last year, after more than four years of development. The title was very warmly received, with an average rating of 89% on Metacritic.

The game has also been showered with awards. Return of the Obra Dinn collected five nominations for the IGF Awards 2019 and eventually the project won in two categories, winning the independent game of the year and the best storyline. The game was also recognized as the greatest artistic achievement and the best designed title by the BAFTA committee, and at the DICE 2019 gala it received the award for the best storyline.