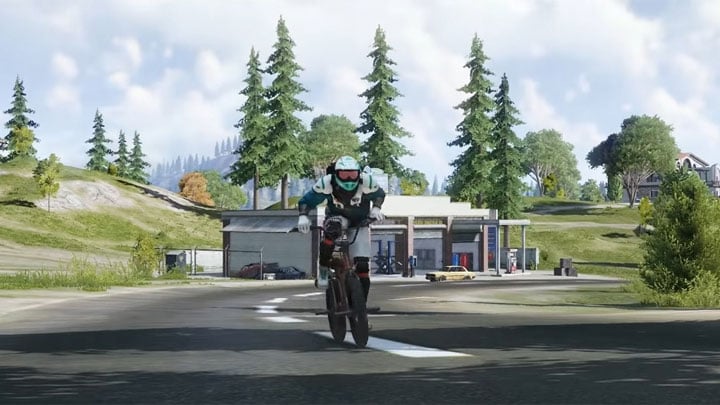 Season two will introduce, among many new features, BMX bicycles.
RING OF ELYSIUM IN A NUTSHELL:

Tencent has announced that on January 16th the second season of Ring of Elysium will start – a royal battle shooter using a free-to-play model. A lot of additional content will be introduced, including a new map called Europa.

The map consists mainly of several islands, including one with an active volcano. The volcano will erupt and the accompanying gases and ashes will gradually occupy more and more of the map, causing the playable area to shrink and changing the goal of the match to escape by a helicopter.

Apart from fighting on land, the level will also offer a lot of opportunities for sea skirmishes. We will also be able to travel underwater using miniature submarines. In addition, BMX bikes will be added, and lines will be launched with a hook, making it easier to move around the map.

The second season will also introduce three new characters. The armament list will also be expanded and MG4 and PKM rifles will be added to the game.

Recall that Ring of Elysium is available only on PC. The game made its debut in Asia, and at the end of last year it was released in early access in the United States, and then in Europe. The production is very popular. According to Steam Charts, at the hottest moment of yesterday, more than 30 thousand people were playing at the same time.