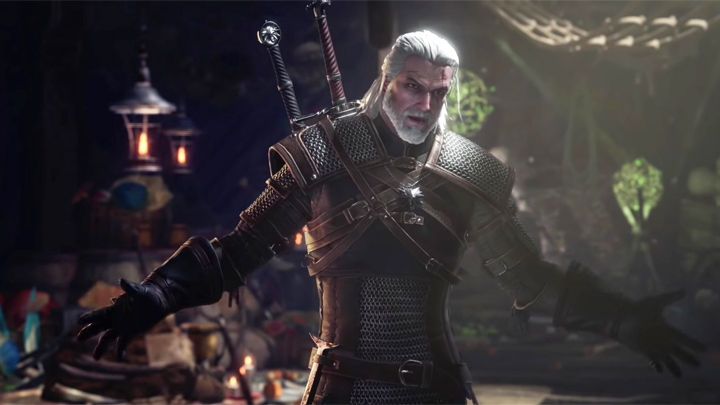 Geralt will join the cast in February.

A month ago, Capcom announced that Monster Hunter: World will receive Geralt from Rivia. Now the creators have announced that the White Wolf will join the game on February 8th this year. Unfortunately, on that day The Witcher will only appear in versions for Xbox One and PlayStation 4. PC gamers will have to wait a little longer.

We don't know much about this crossover yet. It's known that it will be a free update. Geralt will be voiced by Doug Cockle, the actor who played this character in English versions of CD Projekt RED games. Players will receive a set of missions inspired by the Witcher series, and the White Wolf will be equipped with the same fencing skills and magical abilities as in his own cycle.

Lets remind that Monster Hunter: World made its debut on January 26th last year, in versions for Xbox One and PlayStation 4, while the PC conversion was released on August 9th.

The game met with a very warm reception. The PlayStation 4 version has an average rating of 90% according to Metacritic. Monster Hunter: World also turned out to be a big box office hit. By the end of September last year, the title has been bought more than 10.7 times, making it the greatest success in Capcom's history.

This year looks promising for fans of the game. In addition to the free update with Geralt, there is also a large paid Iceborn add-on that will offer new terrains, missions and monsters.