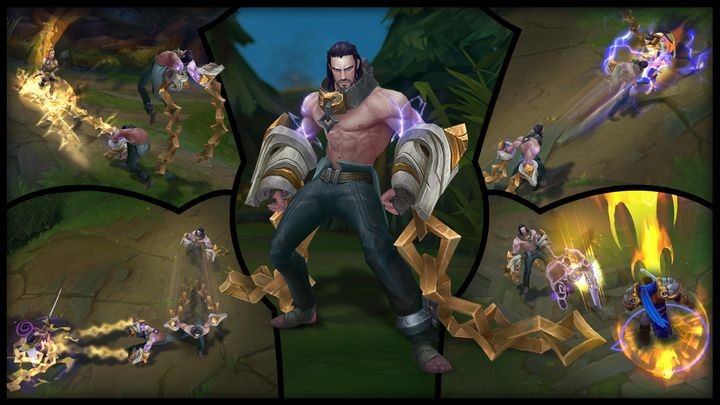 Sylas, The Unshackled will be the next new champion in LoL.

Riot Games  the creators of the popular MOBA game League of Legends  presented today a new champion who will be added to the game. The character in question is Sylas, The Unschackled. A short trailer has also been released, which allows you to get acquainted mainly with the appearance and voice of the character (although there is also some gameplay footage).

Once I was a prisoner. Like you. Locked away by cowards and hypocrites. Left to die for the way I was born. Nothing to live for but vengeance. Nothing to lose but my chains. Yet in the revolution to comeour revolutionthese chains will liberate us all. And I will make sure we are never shackled again  as we read in the character description.

Sylas certainly looks interesting. The champion fights by swinging the thick chains attached to his wrists, which he can use both to inflict damage and, for example, to drag in the opponents. His attacks often have an area effect and cause additional effects (such as healing or slowing down enemies). The character can also steal the Ultimate skills of his rivals, thanks to which he gains access to a wide range of tactical possibilities in every battle.

Sylas will be released with the 9.2 update (which will soon be released on PBE servers). You can find out more about Sylas from his official profile on the League of Legends website.