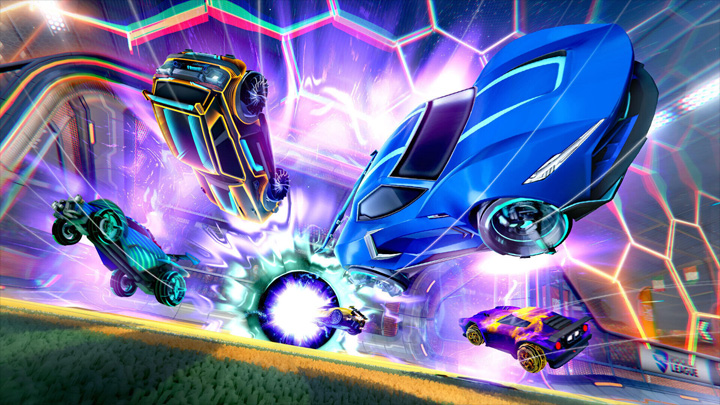 Five years after the launch, the game switched to free-to-play model,

As announced, Rocket League has switched to free-to-play. The change has been implemented on all hardware platforms, including PC, Xbox One, PlayStation 4 and Nintendo Switch.

At the same time, the PC version of the game debuted on Epic Games Store and was removed from Steam. However, those who previously purchased Rocket League on Valve's store will still be able to play without any problems and will receive all updates.

To encourage players to download Rocket League on Epic Games Store, a notable promotion has been prepared. Adding the title to the library in the store is rewarded with a $10 voucher, which can be used to purchase games or add-ons with a minimum total value of $14.99 It should be added that we have to do it by November 1.

The creators did not forget about the people who bought the game before switching to free-to-play. Such players received the so-called legacy status, providing earlier access to DLCs, a special title and a handful of additional gifts (such as the Huntress Player banner or Dieci-Oro wheels).

As a reminder, Rocket League launch on PC and PlayStation 4 in July 2015, with releases on Xbox One and Nintendo Switch in the following years. The game offers a cross-play function, allowing owners of different platforms to have fun together. Last year, Psyonix, the studio responsible for this project, was purchased by Epic Games.