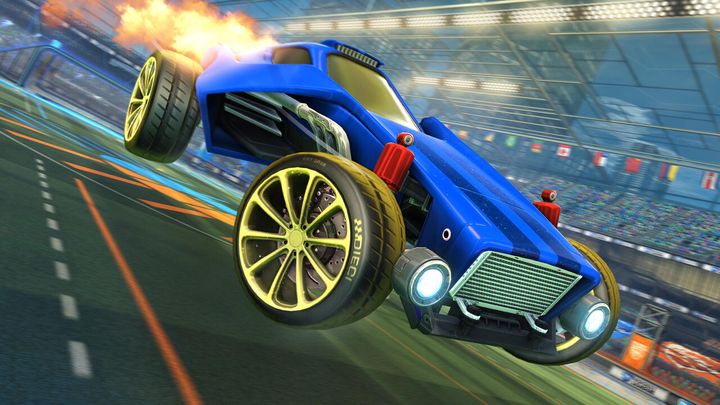 In July we announced that Rocket League's developers are planning to switch the title to a new business model. They announced that they would offer all players free access to their game on PlayStation 4, Xbox One, Nintendo Switch and PC later, this summer. Today we finally got the final release date of the free-to-play version of Rocket League. It has been set for September 23, at 8 AM PT.

On the same day the game will also be available for the first time on Epic Games Store. The devs from Psyonix Studios have prepared a special promotion for this occasion in cooperation with the owners of the store, who also include the developers. All those who add Rocket League to their EGS library between September 23 and October 23 will receive a $10 voucher to use in Epic Games Store. The voucher is intended for the purchase of games or add-ons with a minimum total value of $14.99. The voucher must be used by November 1 and the difference in costs must be covered by the buyer.

Remember that with its debut on Epic Games Store, Rocket League will no longer be available on Steam. It is worth noting that people who already have the game in their library will be able to continue playing without any major obstacles. The Steam version of the title will also be constantly updated with new content.

People who have bought - or will buy - Rocket League before switching to free-to-play model will receive a so-called legacy status, including, among others, early access to DLCs and a special title ("Est. 20XX", with the XX being replaced the year in which a given user started his adventure with the game). The players in this group will also be able to expect several additional gifts (e.g. Huntress Player banner or Dieci-Oro wheels).

Immortals Fenyx Rising Was Inspired by a Bug in AC Odyssey