Saints Row is a brand that has sparked extreme emotions from the beginning. The more unhinged clone of GTA appealed strongly to some, while others were driven to a frenzy by the mere fact that it exists. On the other hand, it can't be said that it's a brand you can pass by indifferently. The announcement of a reboot of the series also elicited extreme reactions, although for slightly different reasons. Now it looks like we will be able form an opinion about it on the scheduled date.

The developers shared the good news on Twitter. The game has gone gold, so all the major work is over, and the code has been sent to be copied and pressed. The release scheduled for August 23 appears to be unthreatened and should take place without any delays. 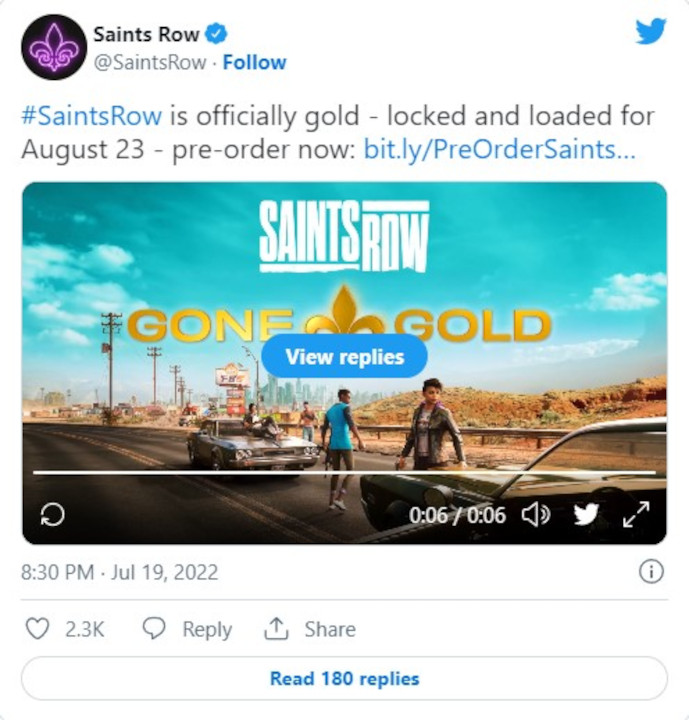 If you intend to play on PC, the minimum system requirements to play the game in 30 frames at 1080p resolution seem quite reasonable:

The wait for the release can be made more pleasant by creating a character in the free wizard called Saints Row: Boss Factory, which has been made available on PC and consoles.

The publisher so far hasn't specified the recommended system requirements. The release is around the corner, so the lack of this information may come as a surprise. Perhaps we'll learn more after the code certification process.

The launch of Saints Row is scheduled for August 23. The game will be released on PC (Epic Games Store), PlayStation 4, PlayStation 5, Xbox One and Xbox Series X/S. A Stadia version is also possible.

Yakuza 8 With Significant Novelty; Lots of Exploring to Come