While the PS5 console remains out of reach for majority of average consumers, scalpers are celebrating victory. Through the use of bots and various analytical scripts, they have managed to amass thousands of consoles before an ordinary user had the time to click a key on their mouse. Now they're putting them up for a lot of money in online auctions, preying on the wallets of impatient gamers. 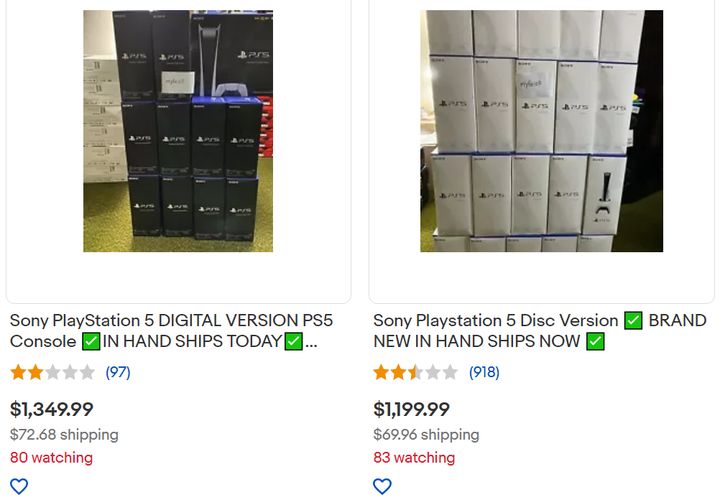 Screen from ebay.com, where the resold PS5 reaches dizzying prices

Only one such group, known as CrepChiefNotify, currently has about 3500 PS5 consoles for sale. 1000 of them come from pre-orders, the rest were bought out by bots on the day of their release. It was probably the automatic buyout that led to Walmart's side crashing twice during the debut of the PS5.

The bots used to buy the PS5 are modified tools previously used by the same group for acquiring brand shoes such as Yeezy. CrepChiefNotify's leader admits that the group's activities cover every sector where interest in a particular product becomes apparent. At one point, there was even speculation on jacuzzi pools, for which demand increased during the coronavirus pandemic.

Unfortunately, for the time being, there is no indication that this practice is regulated in any way. The official website of CrepChiefNotify still invites potential investors to cooperate. If we believe the leader of the twelve-person team, there are thousand of pleople financially involved in the venture. Similar groups pop up like mushrooms after the rain, sensing a quick (though not entirely fair) profit.