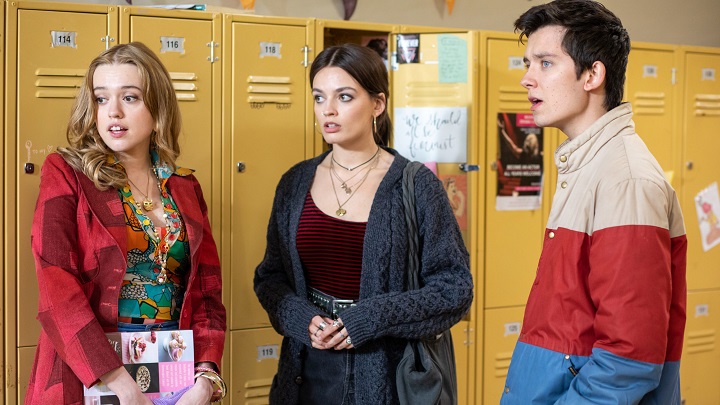 Sex Education is very popular.
SEX EDUCATION IN A NUTSHELL:

Yesterday Netflix announced the next (third) season of Sex Education, a series about Otis deciding to give sex advice at school together with Maeve. It is not yet known when exactly new episodes will appear. However, they should not be expected too soon, as the second season debuted recently, on January 17 2020.

The series is very popular. In the first month, the debut season was watched in almost 40 million households. The production deals with important issues and problems of young people related to intimacy and sexuality. As he grew up, Otis listened to his mother's therapy sessions and now he has a great deal of knowledge about these subjects. Although he himself is struggling with phobia and inexperience in bed matters, at Maeve's persuasion, he decides to "open" an outpatient clinic at school, which turns out to be very popular.