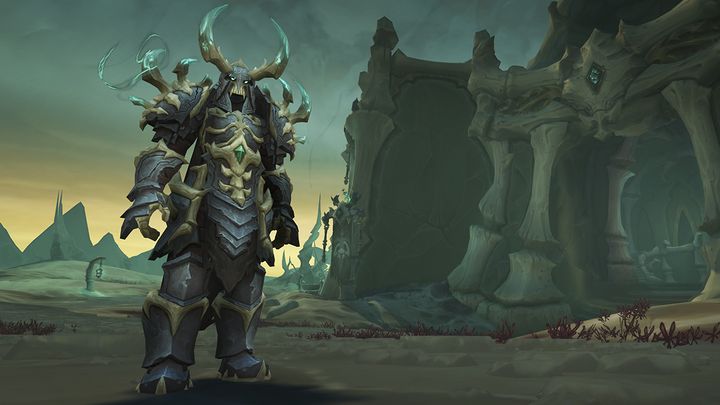 Shadowlands will try to make the development of so-called alts more pleasant.

In a few weeks, on October 27, another expansion for the MMORPG World of Warcraft, titled Shadowlands, will debut. Apart from new locations, monsters, significant changes in the character progression system and a new storyline, the expansion will also introduce a solution that should make the leveling of subsequent characters more pleasant. We're talking about the so-called Threads of Fate, an idea reminiscent of the adventure mode that appeared in Diablo III: Reaper of Souls.

When we complete Shadowlands for the first time we will follow a predetermined path, so that we can learn the plot of the expansion. However, if we approach the challenge again - with a different character - we will get a choice. We'll be able to either play exactly the same game or move freely around the game world (except for the location called Maw), performing selected side tasks, world quests and taking part in new challenges prepared for this mode. This will enable us, for example, to focus on content created for several players.

The Threads of Fate will completely skip the storyline and enable us to choose the so called Coventant right away (we're talking about one of key mechanics in WoW: Shadowlands - factions that influence, among others, the character's abilities and the storyline). There will be a few special dummies in the game, which will enable us to check the skills available for each faction before making a decision. 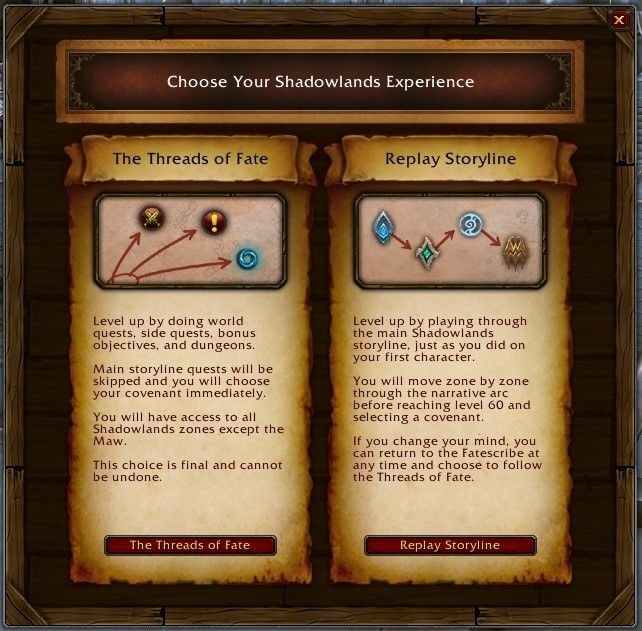 The Threads of Fate, or World of Warcraft's adventure mode.

It's worth noting that we will be able to switch to The Threads of Fate mode at any time - nothing will stand in the way of seeing some part of the storyline through the eyes of another character, and then focus on free leveling. However, once we decide to use this solution, we won't be able to undo this choice.