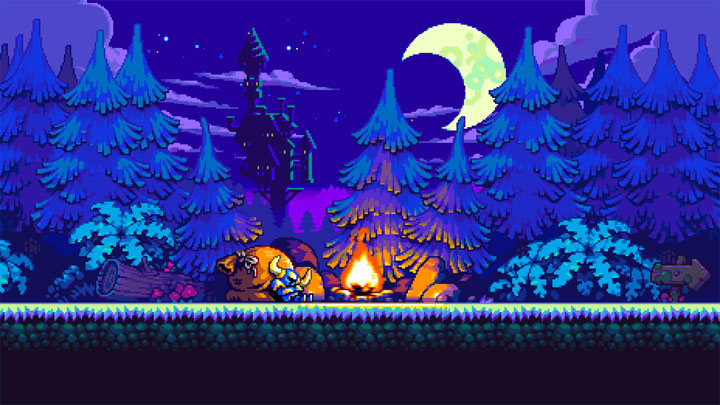 We don't know yet when Shovel Knight Dig will be released.

Shovel Knight Dig is a spin-off created in cooperation with Nitrome. The game begins when the evil Drill Knight plunders the treasures of our hero and escapes with them underground. We will, of course, go after him.

The game will be a 2D platformer, but in a different style from Shovel Knight. The player has to travel down, digging through the layers of earth. Along the way we will be regularly encounter chambers filled with enemies and valuable items. As the game progresses, we have to gain better and better equipment, which increases the hero's abilities.

Shovel Knight Dig will abandon the 8-bit style of the series. Instead, we get typical retro visuals from Nitrome, which is more like what 16-bit consoles offered.

At the moment we do not know the release date of the game or the hardware platforms it will be released on.

The creators have also shared a new trailer of Shovel Knight: Showdown. This is a project that will offer a new gameplay mode, combining elements of platforming and combat. It will be available as a stand-alone production or as part of the Shovel Knight: Treasure Trove set, gathering all the entries in the series (except for Shovel Knight Dig) into one collection.

We laso got a new trailer for Shovel Knight: King of Cards, a project that will be a prequel story to Shovel Knight. This title will also be available as a stand-alone production or as part of the Shovel Knight: Treasure Trove.