What could Skyrim Anniversary Edition have in common with Animal Crossing and Stardew Valley? The ability to fish and keep the fish you catch in aquariums. Bethesda has shared a short teaser that shows what we'll be able to do with our catch:

Players will be able to enhance the decor of their virtual homes with aquariums and wall-mounted fish trophies. As hunters in the world of Skyrim have done before, anglers will now also be able to show off their catch in an appropriate manner. In the video, different species of fish can be seen swimming together in aquariums decorated with plants, shells and roots. We are curious if, as in real life, some species will be hostile to each other. Perhaps players will decorate the interiors of the aquariums themselves.

November 11 will mark the tenth anniversary of the release of The Elder Scrolls V: Skyrim, which will also be the launch date of the second re-release of the game - Skyrim Anniversary Edition - and a special anniversary update for owners of the Skyrim Special Edition. There will also be special events related to the game, you can read more about them here. 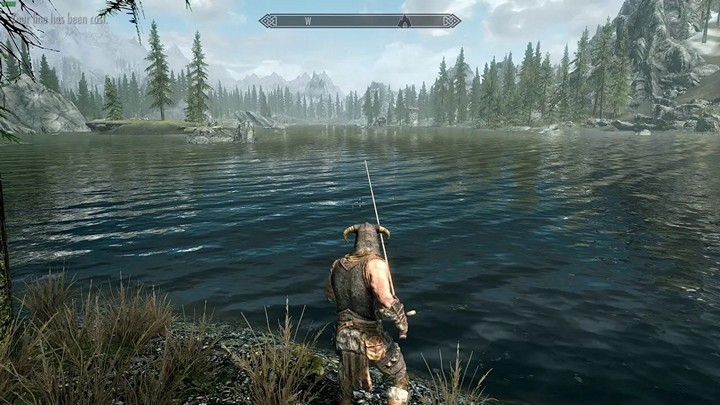 New features (common to Anniversary Edition and the update) include a new survival mode, a next-gen console upgrade (free for owners of Skyrim Special Edition), the Saints & Seducers questline set in the Shivering Isles, and the aforementioned fishing.

The release of Skyrim Anniversary Edition and Anniversary Update will take place on November 11. The re-edition will be available on PC, PS4, PS5, Xbox One and Xbox X|S Series. The game will also appear on the Xbox Game Pass service.