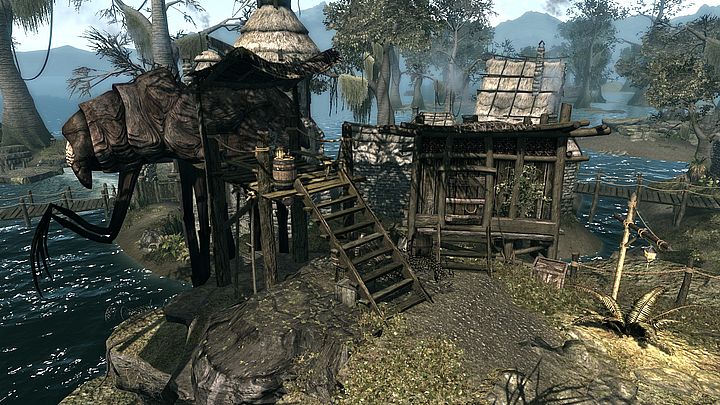 Cottages For Rent, Cheap. You pay for the atmosphere.

The Elder Scrolls: Skywind is a huge fan modification for TES V: Skyrim, which aims to transfer one of the most valued installments of the series - TES III: Morrowind - to a newer engine. Mod has been developed for several years, across which the creators have managed to show many trailers and screenshots. During this year's gamescom in Cologne, more than 10 minutes of gameplay were presented. You can watch the video below.

The TESRenewal team, admit that they waited for an event like gamescom with a presentation of the actual gameplay, in order to show the players something more refined. The first thing that stands out is of course the fact that Morrowind was really meticulously transferred to the Skyrim engine. Good recreation of the original map, consistency with the location and similar color palette - all this makes you feel the true spirit of the game from 2002.

What's more, some time ago the developers moved Skywind to the Skyrim Special Edition engine. It definitely improved the performance and appearance of the modification, which can be seen on the gameplay. However, we still haven't seen the official release date of the mod, and also the information whether Skyrim owners in the vanilla version will eventually be able to play it (after moving to Special Edition). Anyway, no fan of Tamriel and the surrounding area should be indifferent to the modification. In the coming months we are to receive more longer materials from the game.