Sony is pulling gift cards providing access to PS Now, the streaming service that lets you play games in the cloud, from distribution. The process began a few weeks ago in the US, and now the same thing is happening in the UK. Many analysts suspect that in this way the Japanese company is preparing the ground for the merger of this service with PS Plus in order to create a competition for Game Pass.

Rumors about these plans have already appeared last year. According to them, the new service operates under the code name Spartacus. Sony does not confirm this information. In response to questions from journalists, the company said that it wants to simplify its offer of gift cards and focus on offering those with which the user's account is credited with currency, also offering payment for access to PlayStation Now. 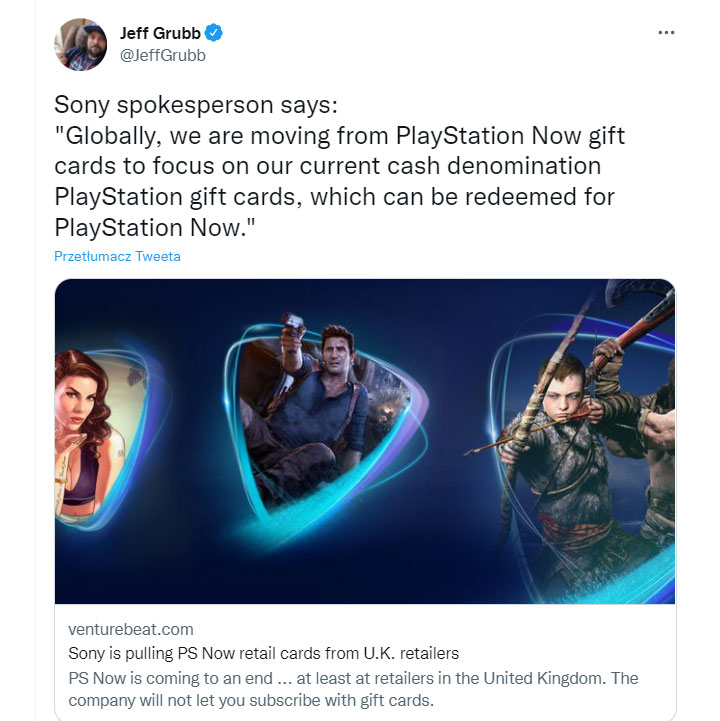 The usually very knowledgeable Jason Schreier, however, stated that the withdrawal of PS Now gift cards is part of preparations for the launch of Spartacus.

According to rumors, the new service will launch this spring. It is expected to offer three types of subscriptions. The most expensive of them will provide access to streaming, extended demos of new productions and games from older generations of Sony consoles - PS1, PS2, PS3 and PSP.

According to Schreier, the codename Spartacus will probably not be used in the final version of the service. The journalist believes that it will most likely function simply as PlayStation Plus.

PC Market in Good Condition in 2021; Largest Shipments in Nearly a Decade

Star Wars Jedi: Fallen Order 2 to be Revealed in May

1 in 3 Gamedevs Sees Potential of NFT in Video Games