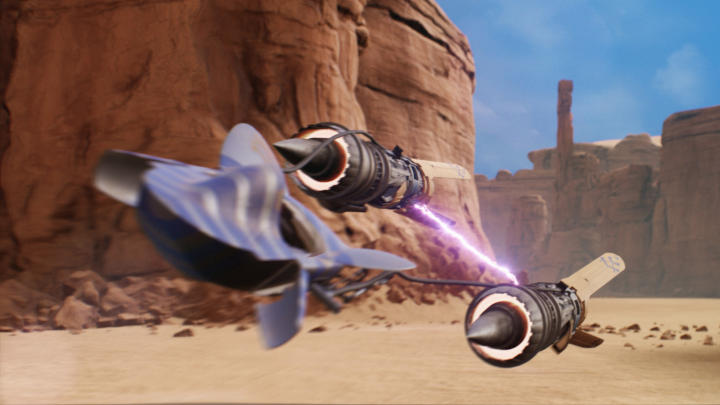 Star Wars Episode I: Racer will celebrate its 20 birthday in May.

Modder Rob Jin has been working for the last 10 months on a project to move the Star Wars Episode I: Racer demo to Unreal Engine 4. He wanted some practical experience with the engine, and the Star Wars racing game seemed to be perfect for this task due to its relative simplicity. Now that the project is playable, Rob Jin decided to make it available to the public.

The author warns that the demo is still far from perfect at this stage. During the game, there may be minor problems with animations and optimization. The game has one playable character (Anakin Skywalker) and allows you to race on the map of Mos Espa on the planet Tatooine. Because this is his first project on EU4, Rob Jin asks players for understanding.

We don't know what the owner of the original rights - Disney - thinks about the remake. We can guess that this type of project may disappear from the Internet as quickly and unexpectedly as it appeared. If you are interested in the demo, we advise you not to wait for too long before you decide to download it.

The original Star Wars Episode I: Racer was released on May 19, 1999 on PC and Nintendo 64. The title was also released on Game Boy Color and Dreamcast. The game was created by the no longer existing LucasArts studio.