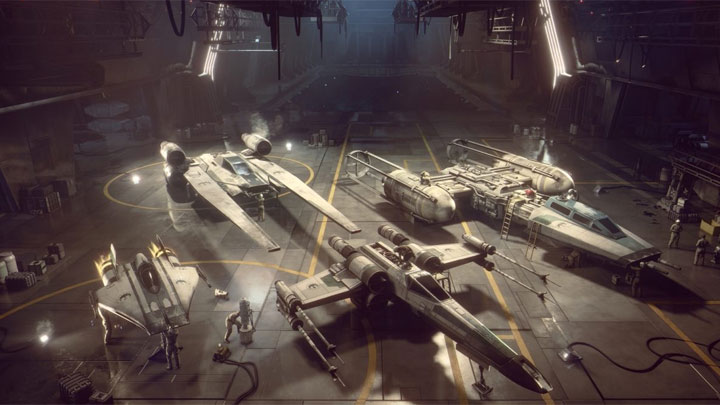 The game will offer eight vessels - four each for the New Republic and the Empire.

Electronic Arts shared new details on Star Wars: Squadrons, a space shooter set in the universe of Star Wars. The information focuses on the starships available in the game.

The priority for the devs is to revive the atmosphere of the first trilogy. Therefore, all cockpits will be designed in accordance with how futuristic technologies were imagined in the 1970s. When creating each element, the authors asked themselves "how would the special effects specialists of that time have implemented such a model". As a result, for example, the screens will be curved like CRT monitors and the flashing red light will come from a LED.

One problem is that the original trilogy did not devote much space to the functioning of imperial starships. Therefore, when planning the interiors of these ships and control methods, the devs tried to impersonate the designers of imperial shipyards in order to find the most logical solutions that would fit the canon.

It's worth reminding that the game will enable us to disable all interface elements and rely only on the indicators installed in the cockpit. 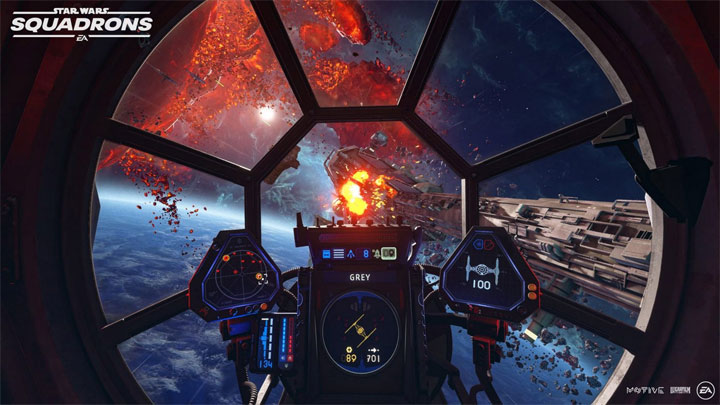 During the game we will be able to sit in the cockpits of eight machines. They will be divided into four classes.

Confirmed ships and their classes

Hangar of the New Republic:

Each ship will be equipped with main weapon system, defenses and two types of special equipment (e.g. rockets or repair droids). Some of the ships, but not all, will also have energy shields. The controls are to be practically the same for all ships, so as to facilitate transfers between them.

Veterans of the X-Wing series will be pleased with the presence of power management system (in two variants - simplified and advanced, allowing for full control). We will decide for ourselves how to distribute the energy between engines, weapons and shields. Setting one of these categories to the maximum will also provide access to an additional option.

Shields will regenerateautomatically, while in case of hull damage it will be necessary to use support units or return to the flag ship. Repair droids will only be able to remove some damage to our machine.

Star Wars: Squadrons will launch on October 2 this year on PC, Xbox One and PlayStation 4.

Player Completed Ghost of Tsushima in 50 Hours and Answers Questions