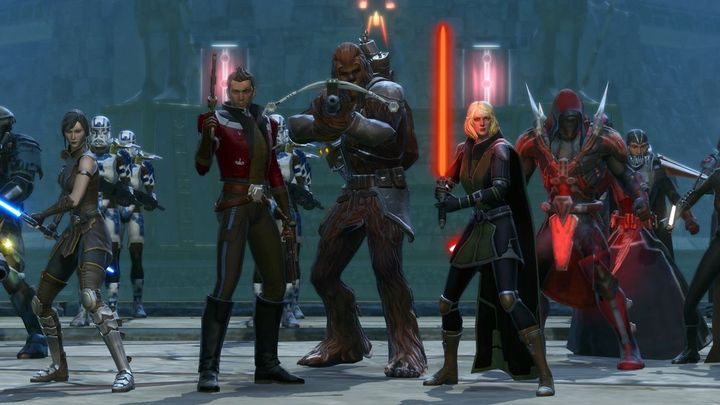 Changes for F2P players in The Old Republic.

Star Wars: The Old Republic MMO undergoes significant changes, which have reduced the restrictions for players who do not spend money in this production (the title now functions in the free-to-play model). The modifications improved the gaming experience and came into force with the July update 5.10.4.

Describing all the changes requires a brief introduction to the topic. The Old Republic,classifies the players into three groups: Free-to-Play, Preferred and Subscription. The first one does not require any additional comment. In the second there are people who have either used to have a subscription or spent money in the in-game shop. The third category, on the other hand, includes people who are currently subscribed. The Free-to-Play and Preferred groups are subject to various types of restrictions, more severe for the former.

Star Wars: The Old Republic debuted on December 20, 2011 and is available only on PC. It is also worth noting that developers are currently working on another expansion for the game, entitled Onslaught. The expansion will return to the roots, focusing on the conflict between the Jedi and the Sith. We will also receive new locations (the planet Onderon and the space station Mek-Sha), Flashpoint and Operation.The DLC will be free for subscribers.