Tomorrow, the 4X space strategy game Stellaris will celebrate its fourth birthday. The event has become an opportunity for Paradox to recall the most important elements that have appeared in the title since its launch. The list includes, among others, the powerful Leviathans, the archaeology system, reworked economy, machine empires, artifacts, better federations, traditions, and a number of perks that strengthen the player's faction and a lot of other things we can read about here. But as the creators revealed, this is only the beginning of the story and we can look forward to the future with excitement, as "Stellaris has almost infinite potential". The first stage in the further development of the title will be the major anniversary update, marked 2.7 (which will debut as patch 2.7.1). It will debut on May 12, next Tuesday. 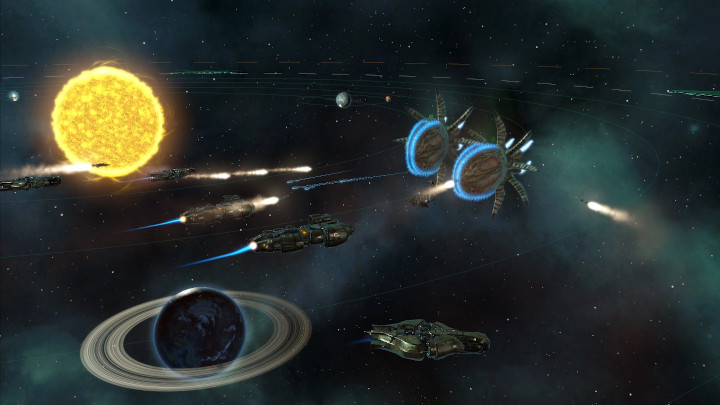 The new update and the changes it will bring may be a good excuse to return to Stellaris.

Update 2.7 for Stellaris is called Wells and will be free for all owners of the game. Things that it will improve or introduce to the title are divided into seven categories. Many people will be especially interested in the first one, because it includes novelties. Among them we can mention more than 70 remastered sound assets, visual effects, events, additional edicts and resolutions, as well as more planetary environments and elements of cosmic fauna.

The second item in the category that will be introduced to Stellaris thanks to the Wells update is the balance changes. These will include some edicts and civics. The third are fixes to performance and stability of the title. The fourth concerns changes in the interface (changing the position of some things displayed on the screen to increase transparency, a nicer picture illustrating the Feral Overload event, etc.), the fifth are AI improvements (computer empires are supposed to do better in the field of economy, war or domestic politics), the sixth is related to new options for modders, and the seventh is related to fixing a number of bugs, whether related to the audiovisual layer or the gameplay itself. More details can be found here (you must click on the SPOILER: FULL PATCH NOTES 2.7.1 button).

AC: Valhalla Will Not be the Biggest AC Game