Although the Stronghold series has had its ups and downs, it still arouses great emotions in many enthusiasts of real time strategies, who follow with interest the reports about its subsequent installments. The latest one, currently in production, is the Stronghold: Warlords. For the first time it was presented at this year's E3 fair. Now, almost three months later, we can admire her next trailer, prepared by FireFly for PAX West 2019, which starts today in Seattle. You can see it below.

STRONGHOLD: WARLORDS IN A NUTSHELL:

The latest trailer of Stronghold: Warlords focuses on gameplay and above all combat. Therefore, we have the opportunity to observe fightning soldiers, crumbling walls and spectacular explosions, sometimes caused by... oxes. However, the trailer also featured some peaceful shots, presenting landscapes or subjects working in the eponymous strongholds.

Stronghold: Warlords is supposed to be a kind of a breath of fresh air for the series, at least in terms of focus on reality. For the first time we will move to the Far East. The game will cover a considerable period of time - from the 3rd century BC, i.e. until the recently fashionable Warring Kingdoms Period, to the 13th century and the emergence of the Mongolian Empire. The creators promise, among other things, improvements in the behavior of units in relation to previous installments, improved system of building and the addition of recruitment options of controllable commanders. Each of them is to have individual abilities and help to better control the battlefield, guard borders, create weapons or flank the enemy. 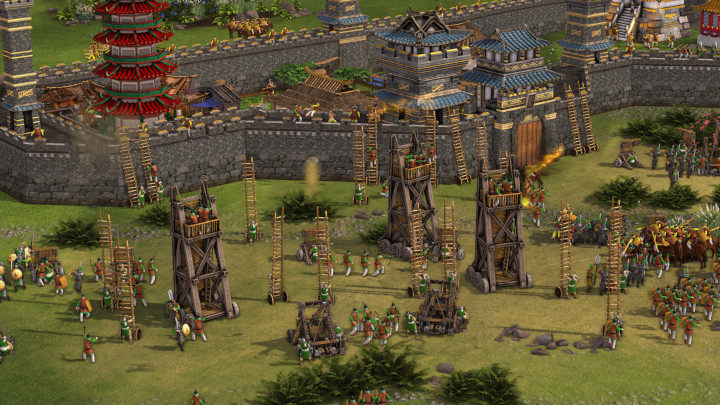 Stronghold: Warlords will be full of sieges, obviously.

Stronghold: Warlords will appear next year only on PC.

Cyberpunk 2077 and the Issue of Gender Selection