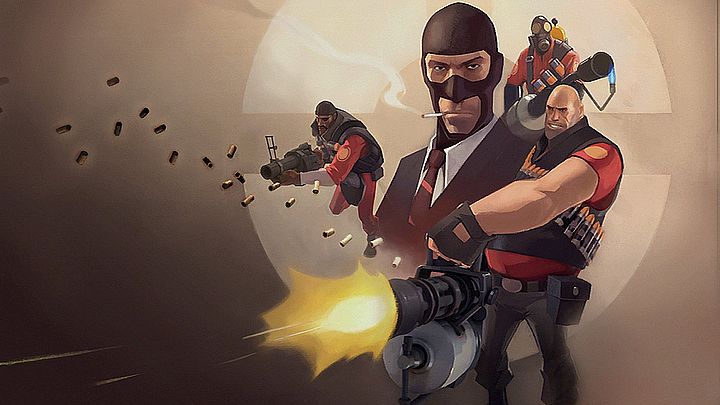 Team Fortress 2 still manages to attract the attention of players.

Despite being 13 years olf, Team Fortress 2 is still doing very well and attracts a large group of players to the monitors. Since yesterday, the game is experiencing a real renaissance. According to SteamDB, during the last 24 hours Valve's online shooter set a new record of activity, attracting more than 131 thousand users. Please note that the statistic also includes bots, which are a big problem in this title. 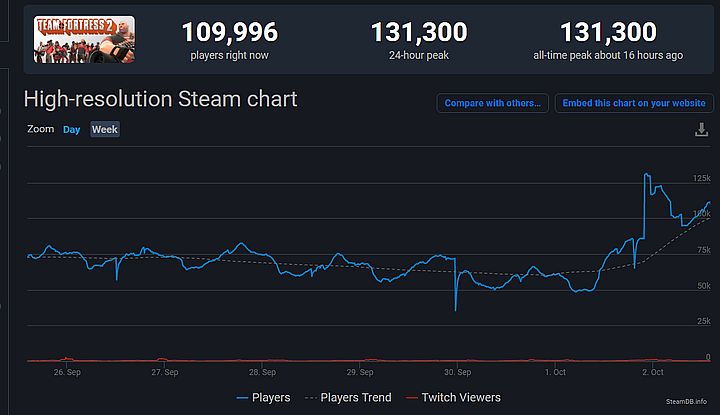 The increase in popularity of Team Fortress 2 is most likely due to the big fan update, which was released on October 1. It introduces many novelties, including 4 maps (Megalo, Bloodwater, Hassle Castle and Moldergrove), cosmetic objects and a set of contracts. The critical damage system and abilities of individual character classes have also been overhauled.