Data miner known as RacingGameGuru0300 published interesting information about a new game from The Crew series on Reddit. According to screenshots he found among the files from the latest installment, Ivory Tower is already working on the next title.

This project is called The Crew 2: Orlando, which would indicate that this is just a DLC for the game from 2018. However, Ubisoft, the game's publisher, allegedly changed its mind and the title will eventually be transformed into a standalone work. This scenario was confirmed by a well-known leaker, Tom Henderson. 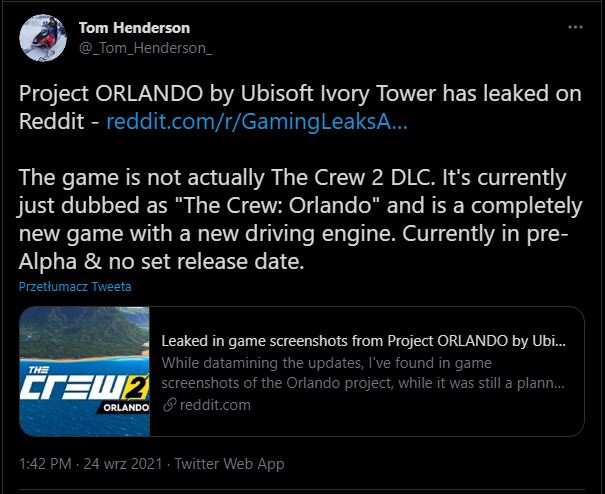 According to Henderson, the project is now called The Crew: Orlando and is an entirely new game. Not only will it not be related to The Crew 2, but it will also present a new driving model, which is expected to be improved compared to the previous installment. For now, the title is supposed to be at a very early stage of development and even an approximate release date remains unknown. 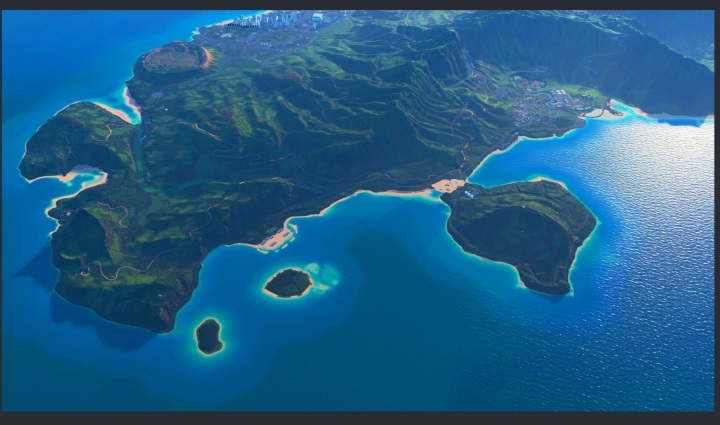 However, a big surprise among the players was caused pictures of the location, to which the new The Crew will take us. The islands visible in the pictures look more like Hawaii than the eponymous Orlando, Florida. Descriptions of the game mode for 100 people, which is to enable us to take part in dynamic competition with the possibility of changing cars during the race, also sparked some worries. For some it sounded like another approach to a battle royale mode, this time in a racing game. 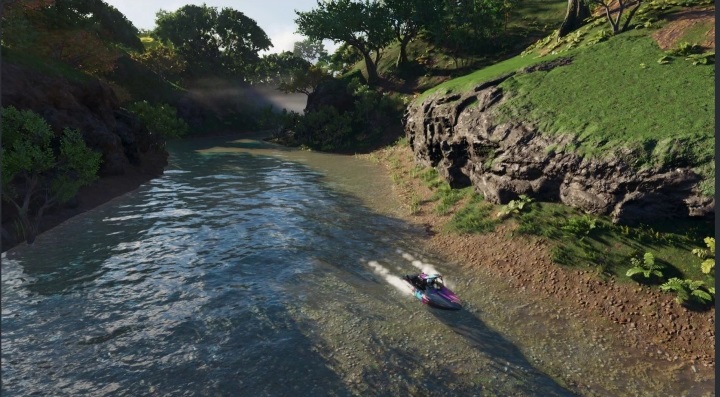 We will still have to wait for official announcements regarding The Crew: Orlando. The above information is only speculations based largely on pieces unearthed by the data miner, which may already be outdated. You should, therefore, approach them with caution.

Fall Guys Made it Into the Guinness World Records

Fall Guys Made it Into the Guinness World Records