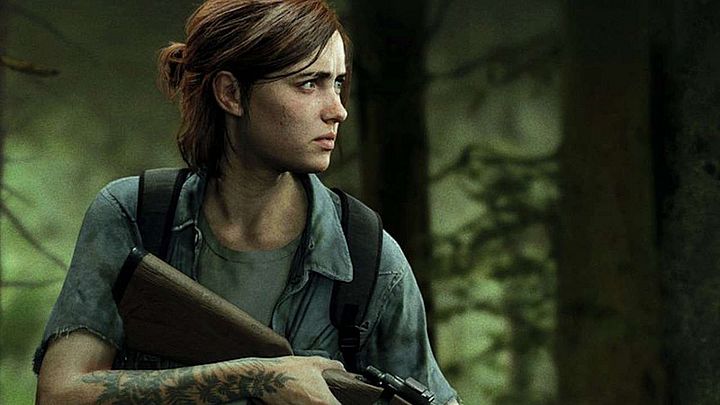 Ellie's companions will be smarter than she was in the first installment.

A few days ago we informed about the release date of The Last of Us: Part II. Since then, we have also managed to learn the content of individual editions of the game, as well as watch some gameplay footage with the commentary of the creators. If you are looking for information about the game, please check out our impressions after a closed press presentation. All the above mentioned materials enable us to form an opinion about how the title will present itself at launch. However, it is worth to focus on some important detail, which has been reached by GameSpot, and which will probably be appreciated by those who played in the previous part.

This is one of the biggest problems of the original, which was able to completely smack the players out of the immersion. If you've played the first installment, you've come across a situation where enemies simply ignored Ellie. Even when our AI companion stood right in front of them, they were like air for the opponents (unlike Joel). Of course, it was in a way a convenience (definitely better than stupid companions who have to be rescued every 5 minutes), but the devs announced a change in this element. Anthony Newman, one of the directors of the game, admitted in an interview with the editor of GameSpot that the team is aware of the problem and will solve it in the sequel:

"[Companion AI is] actually one of the few really significant technical achievements we've been able to make on the game (...) So there's a really interesting line we've been walking but I can definitely say that that aspect of the game has been dramatically improved, I would say."

I guess there's no need to explain to anyone that creating a companion AI is a really difficult task. Even many great games soemtimes messed up this elementc. However, Naughty Dog hopes that this time it will succeed. The team not only puts some serious work into the stealth mechanics, but also focuses on combat:

"One other thing that's also interesting is that in the past, [in] almost all of our games, the allies have done fake damage where you'll see them shoot enemies and it's a little bit theatrical where their bullets are clearly doing way less damage than yours. What I'm really excited about is that with a lot of effort and some clever AI tricks, every time you see your ally shoot an enemy [in TLoU 2 - editorial note], their bullets do exactly as much damage as yours do."

The Last of Us: Part II is scheduled to launch on February 21, 2020. The game will be released exclusively on PlayStation 4.