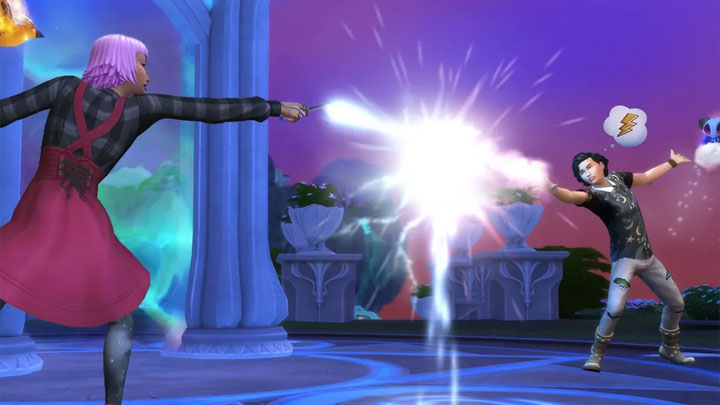 For now, only PC players can visit the Realm of Magic.
THE SIMS 4: REALM OF MAGIC IN A NUTSHELL:

The day has come when The Sims 4: Realm of Magic, a new expansion to the fourth installment of the popular series, was released. Today's debut concerns only the PC version. Console players must wait until October 15, when the add-on will hit Xbox One and PlayStation 4.

The first impressions from fans are that Realm of Magic is a worthy position for the owners of the basic version of The Sims 4. The extensive new content and a large set of additional mechanics are universally praised. However, the reviewers criticize the fact that spells and potions render basic sim problems, such as lack of money or hunger, irrelevant, making the game too easy to play.

The Sims 4 debuted on PC in 2014. Console players had to wait three years for their versions, as it was not until 2017 that Xbox One and PlayStation 4 editions were released.

Despite the fact that The Sims 4 will soon celebrate its fifth birthday, the game is still very popular. Electronic Arts recently announced that in the second quarter of this year, the number of players in the fourth part of the series increased by 7 million.

Finally, it is worth mentioning that the release Realm of Magic is not the only September attraction prepared by the devs. Last week, an update with new content inspired by the culture of Islam was published.