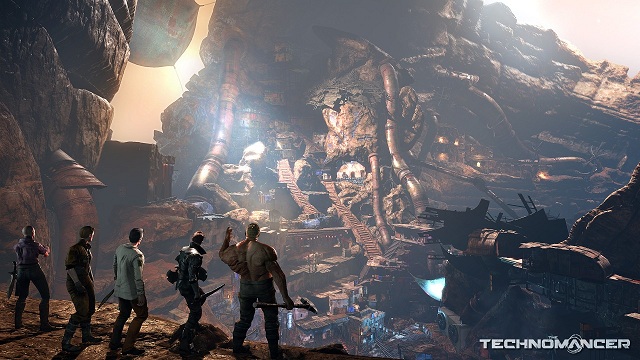 The material below shows the first gameplay from The Technomancer.

Games from Spiders (Bound by Flame, Of Orcs and Men) are a curious thing: on the one hand they are clearly ambitious projects, but on the other its impossible to praise them due to technological mediocrity and a multitude of errors. The Technomancer, an action RPG announced in January, is aimed at breaking this losing streak. The shared piece of gameplay allows us to assess whether the hopes of the French developer are well-founded.

Unfortunately, the presented material does not give us an in-depth look into the world of The Technomancer, as it only lasts a few minutes. However, we can check out the use of electric power that will play a prominent role in the world created by Spiders, and the combat which in its current form seems to have no dynamics whatsoever. However, one should keep in mind that the French team is planning to release its work next year, and the released gameplay comes from the pre-alpha version  theres still quite a lot of time for improvement. A source of concern is the fact that the cyberpunk aspect  which was to be one of the distinctive elements of The Technomancer  is hardly featured. Well find out how Spiders dealt with the early-version shortcomings in 2016, when their production debuts on PC, Xbox One and PlayStation 4.