The second season of Netflix's The Witcher hasn't even been made yet, and the company isn't stopping working on a prequel. We don't know much about The Witcher: Blood Origin, due in 2022, except that the story will take place 1,200 years before the events of the first season, featuring the creation of the first ever witcher, and will culminate with the Conjunction of Realms (a catastrophe taking place in all worlds, opening passages between them for monsters from The Witcher universe). The only other thing we know is some of the cast. Today we learned that Laurence O'Fuarain, an Irish actor who starred in such series as Vikings and Game of Thrones, has joined the cast. 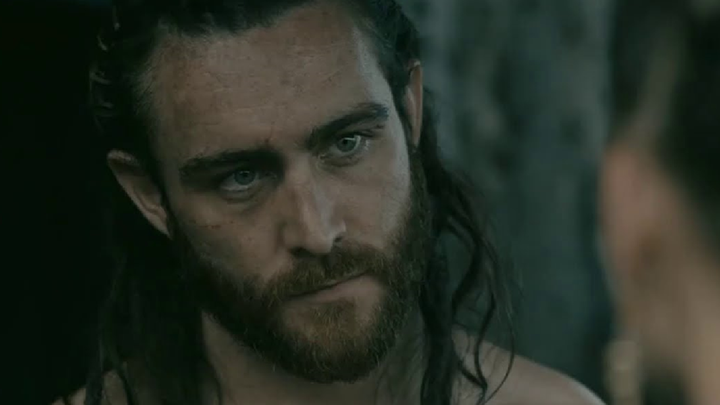 Laurence O'Fuarain as Hakon from Vikings.

Laurence O'Fuarain, who played Hakon and Simpson, is to play the role of a one Fjall. What we know about him is that he comes from a clan of warriors who have sworn to protect the king. In addition, he seeks revenge and redemption for the death of his beloved, who sacrificed her own life to save him. Fjall's wounded soul won't let him rest until he avenges the woman - but for that, he'll have to ally himself with a very unobvious being.

We can only guess who will be this unusual companion for the character played by O'Fuarain. The most obvious shot seems to be... the aforementioned first witcher. This role will probably be played by Jason Momoa, whom we can currently watch in Zack Snyder's Justice League, and before that in Aquaman or Game of Thrones. To what extent my guesses will coincide with the truth, only people from Netflix know.

There's still a lot of time left before the premiere of the six-episode The Witcher: Blood Origin, so we'll gradually gather more information about the production. It won't be difficult, because the producers are eager to share news about the series - they recently announced that Jodie Turner-Smith will play the role of a warrior elf named Éile. Lauren Schmidt Hissrich and Declan de Barra are responsible for The Witcher's prequel, while Jason Brown and Sean Daniel of Hivemind and Tomasz Baginski and Jaroslaw Sawko of Platige Films (the movie division of Platige Image) will also be working on it. Andrzej Sapkowski, who is to be the series' creative consultant, will also have his input.

One of the Essential Assassin's Creed Developers Leaves Ubisoft Montreal

First Reviews: Godzilla vs. Kong - Fans Should be Pleased

Call of Duty WW2: Vanguard is Real, But Without the Alternate History Part