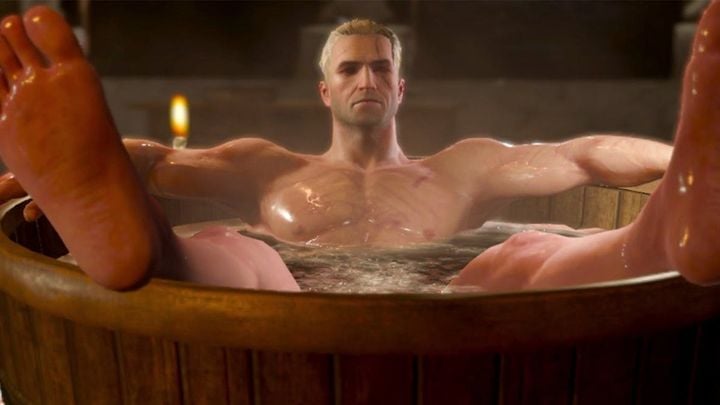 Will the iconic scene return?

Lauren S. Hissrich, the showrunner of the series The Witcher from Netflix, said in an interview with io9 that the production would include a "bathing scene". The producer did not want to provide any additional details - we do not know who will be in the bathtub - but it is worth noting that the information was given in response to a question about the so-called easter eggs, or hidden references to books and video games about the adventures of Geralt of Rivia.

Fans familiar with CD Projekt RED's productions immediately linked this sentence with the famous scene that begins The Witcher 3: Wild Hunt. Of course, it's hard to say whether the reference will be so direct, but the desire to make a nod to the fans of extremely popular games wouldn't be strange in this situation.

It is also worth recalling that The Witcher will be a production for adult viewers - one should expect both nudity and violence on screen. As in the case of Andrzej Sapkowski's books, however, this type of content is not to be the main force of the work, but a specific addition that will serve to make the world more real.

The Witcher series will debut in December this year and will be available only on Netflix. The series will feature Henry Cavill (playing Geralt), Freya Allan (Ciri), Anya Chalotra (Yennefer). The first season will consist of eight episodes. According to rumors, the creators are planning three series. The first teaser of this production was recently published.