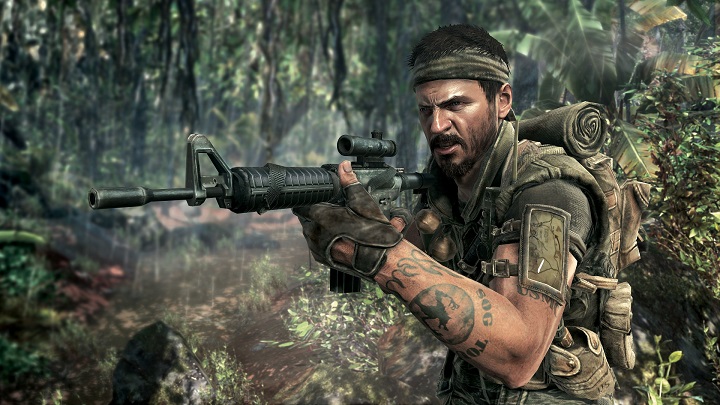 The Black Ops series launched in 2010.

For some time now, a lot of rumors has been circulating on the web about the next installment of the popular FPS series Call of Duty. According to the rumors, the latest part will be called Call of Duty: Black Ops Cold War, and its action will take place during the Cold War (i.e. in the Vietnamese jungle). Yesterday, we found out that dataminers discovered an alpha version of the new CoD in PlayStation database, called COD2020intalpaha, whose working title is The Red Door. Some time later, another piece of information excavated from PSN database appeared, which is likely to be the logo of the new installment. You can see it below.

However, the person who found the image indicated that they do not know whether the logo was related to the possible Black Ops remake or a brand new Cold War, although they found out that the working name of the file was The Red Door or The Breach. Other users have noticed, however, that in the background there is a document (bottom left corner) on which 1976 is written, suggesting the game's action being set during the Cold War. One of the fans has even tried to write down the weapons used in those times, which we can also expect in the game.

All the information provided here should be taken with a grain of salt, as nothing has yet been officially confirmed. However, it is possible that the new CoD will be announced tomorrow during the official presentation of PlayStation 5 games.