THQ Nordic brought a wide range of gaes to this year's gamescom. One of these is a newly announced great strategy called Knights of Honor II: Sovereign, the first such game in the publisher's catalog. The game will be released on the PC in 2020 (according to the information available on Steam, and the developer is the Black Sea Games studio. Before we move on to its first trailer and discuss the attractions awaiting us, we must point out that it is the second installment of the cycle launched in 2004.

Knights of Honor II: Sovereign will take us back to the Middle Ages. During the game, we will lead the chosen kingdom to domination over Europe. However, achieving this goal will not be easy, and will require the combined efforts of the entire royal dynasty.

The issues of urban development, economics, diplomacy, trade with other countries and, last but not least, religion, will rest on our shoulders. In addition, during the game, we will have to man important positions and develop an army, over which we will take direct control during real-time, large-scale battles. Of course, we will also deal with our neighbours in other ways, for example by sending spies or... forming alliances with them in order to unite against a common enemy.

The production will feature both single and multiplayer modes. Appealing graphics will also be there, but we don't know exactly what the system requirements will be. The only thing the the developers have revealed is that you will need a 64-bit processor and operating system, DirectX 11, as well as at least 10GB of free disk space. 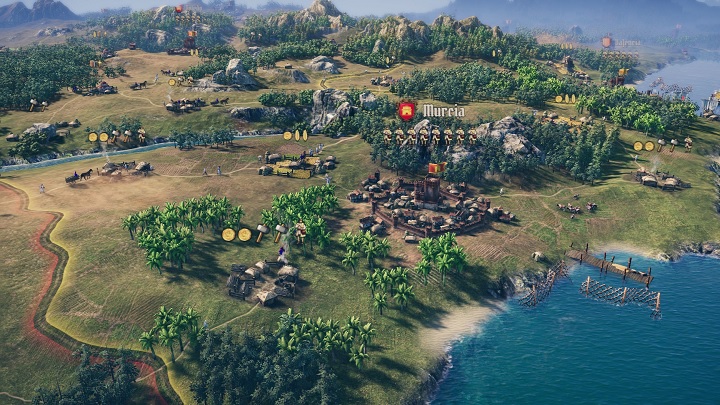 I must admit that Knights of Honor II: Sovereign looks really good.