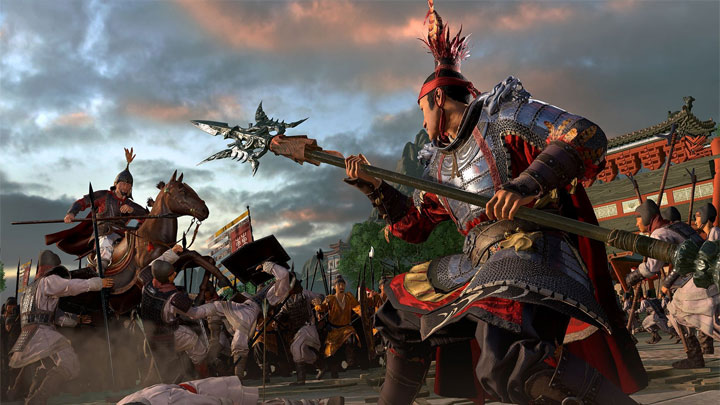 The game was released last week.
TOTAL WAR: THREE KINGDOMS IN A NUTSHELL:

Released last Thursday, Total War: Three Kingdoms was a great success. The production had the best launch in the history of the franchise. Creative Assembly Studio did not give any specific numbers, but thanks to Steam Charts we know that three days after the launch, at the hottest moment on Sunday, the title was played by over 191 thousand players. Total War: Warhammer with a score of 111,000 was the record holder in this respect, while Total War: Warhammer II boasted a score of 72,000.

What's more, Total War: Three Kingdoms also scored the best debut of the year on Steam. The positon was prreviously held by Sekiro: Shadows Die Twice, with a record of over 124,000 users playing simultaneously.

At the moment of writing this news Total War: Three Kingdoms is the fourth most popular game on Steam. The latest work by Creative Assembly is ahead of such powers as Dota 2, Playerunknown's Battlegrounds and Counter-Strike: Global Offensive.

Such a big success of the game is mainly due to high sales in China. The series had been gaining popularity there for several years, but the fact that Total War: Three Kingdoms is set in the ancient realities of China strongly increased the interest in the project and attracted people who had no contact with the series so far. In addition, the local players praise how faithfully the devs recreated the so-called period of Three Kingdoms.

Creative Assembly anticipated this success. Total War: Three Kingdoms is the first big historical game of the series in many years (Total War: Attila and Total War Saga: Thrones of Britannia were minor installments), and pre-orders were the highest in the history of the series.

Let us remind that Total War: Three Kingdoms was released on May 23, this year. The game is available only on PC. The production was warmly welcomed. The average Metacritic rating is 84%.