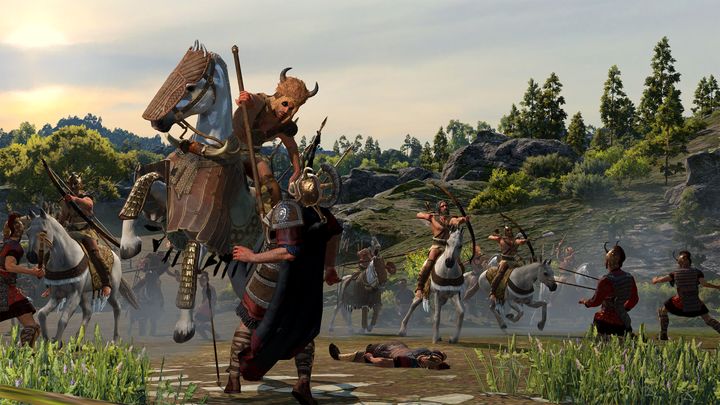 A Total War Saga: Troy will make its PC debut.

Today, A Total War Saga: Troy - the latest part of the well-known strategy game series from Creative Assembly - will launch. The game will be available exclusively on PC, more specifically on Epic Games Store. It is also worth reminding that for the first 24 hours we will be able to get a free copy, which is quite an unusual situation. The game's system requirements can be found here.

A lot of reviews of the game have appeared on the web. They show a picture of a quite decent game, but certainly not revolutionary. Below are some selected reviews.

"A Total War Saga: Troy absolutely nails its Bronze Age setting and comes up with interesting ways to make the period work in its grand strategy framework, but its AI has trouble wrapping its head around it," T.J. Hafer, IGN.

"I can say that A Total War Saga: Troy is shaping up to be quite a characterful take on the franchise, and I could stand to see a number of its changes make their way over the next time Creative Assembly wanna go bigger," Josh Tolentino, Destructiod.

"Refreshing tactical changes and some of the best maps in the series make this an experiment worth checking out," Fraser Brown, PC Gamer.

Currently Total War Saga: Troy has a 75% average review average on Metacritic and 76% on OpenCritic.

Here's Some Beautiful Concept Art From Ghost of Tsushima