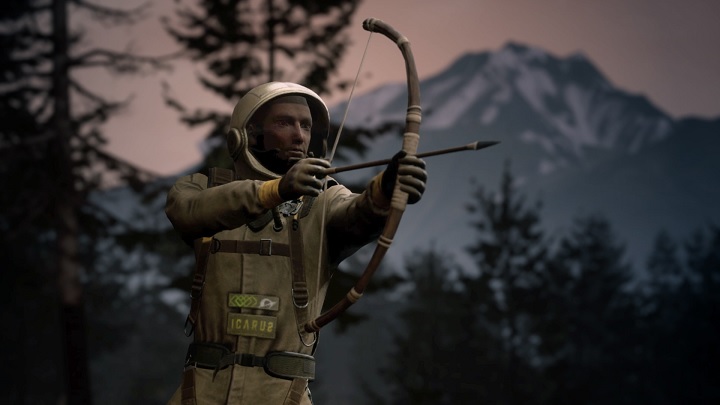 Today, we are following three video game events. After Guerrilla Collective, it was time for this year's edition of PC Gaming Show, and one of the titles shown during the conference was the new project by the creator of DayZ , Dean Hall. According to previous information, Icarus is a free survival game, which will be based on cooperation mode. The announcement is accompanied by a teaser trailer, which you can watch below.

In the game we will play the role of astronauts mining valuable resources on an alien, hostile planet. We'll be able to land on the surface of the planet, trying to gather as much wealth as possible, and watching out for various dangers, and then we'll have to get back into orbit before we run out of oxygen. But don't count on much help from the advanced technology like in Subnautica. Yes, we'll be able to use vehicles and rockets, but we'll also need primitive tools like axes and bows. Among the inspirations for the game, the creator himself gives Kerbal Space Program, MudRunner, Deep Rock Galactic and battle royale games. Icarus will debut in 2021 on undisclosed platforms.