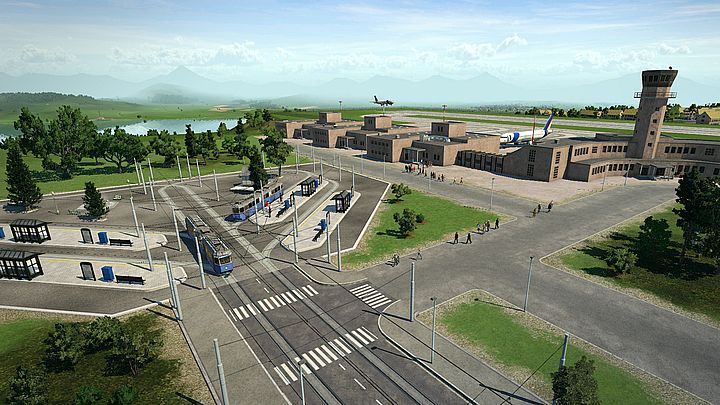 Oh dear! Why it's so desolate?

The first gameplay video of Transport Fever 2 has just been released on the Internet. Developers shared it on the official YouTube channel. Gameplay presents a scenario that takes place on a tropical island - the whole 17-minutes gameplay has been enriched by a commentary. The video reveals huge scale of the production. The main premise of the game consists in taking care of the entire transport infrastructure - starting from cars, trains, up to planes and ferries (unfortunately, without any space shuttles). Below you can watch the first gameplay video of the game.

The title can be already pre-ordered on the Steam platform. If you decide to order the game before its official premiere, you will receive a 10% discount. Additionally, owners of the first edition can count on a 25% discount. Transport Fever 2 will allow you to play both in the campaign mode (which takes place on three continents) and in the free play mode. Campaign's story begins in 1850 (the time of the American Gold Rush) and continues until the present day. During this period you will build a real transport empire. Interestingly, the game will also feature some cutscenes.

However, the free play mode and the map editor seem to be much more interesting. The latter will allow players to construct their own objects in any corner of the world. Developers boast that they have implemented over 200 vehicles into the game, including various models of trains, buses, trams, trucks, planes and ships. The fans of mods can also feel happy, because the title will support various projects from Steam's workshop. Transport Fever 2 will be released on December 11, 2019 - currently, only on PCs.