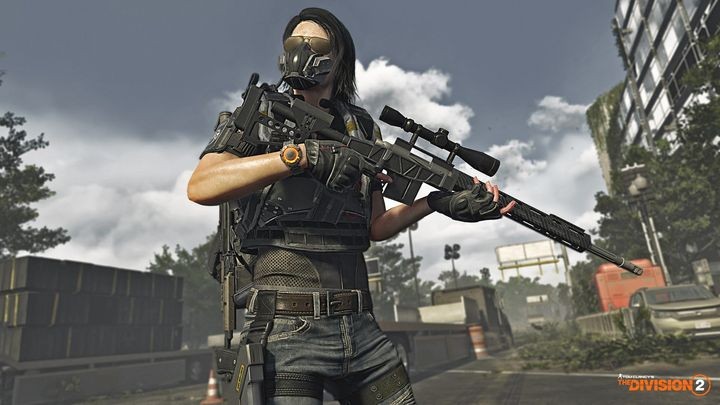 Were you hoping that Epic Mega Sale would allow you to buy The Division 2 on a record low price just two months after the release? It's not gonna happen.

Just yesterday, the first big promotion on Epic Games Store - Epic Mega Sale - could look even impressive, but after just a few hours it started to have problems. Recently we reported that some games were withdrawn from sale by their publishers (especially Vampire: The Masquerade - Bloodlines 2). IImmediately afterward, there was a problem with Ubisoft games. Customers quickly noticed that the French giant's games were hidden for the duration of Epic Mega Sale, and their sales were blocked (the latter was proven because the store's Anno 1800 or The Division 2 cards can still be accessed via Google).

Apparently, Ubisoft didn't agree to his latest hits being drastically discounted so soon after the release. Epic Games has decided to offer an additional discount of $10 for every game with a base price of $14.99 or more, even the most recent releases and games that have not yet been released (available in pre-orders).

Let's remind that for a few weeks now, the French giant has been making PC versions of its games available by default only in Epic Games Store and on its own platform - Uplay. Games such as The Division 2 or Anna 1800 are not to be found on Steam.

Epic Games undoubtedly hoped to convince at least a part of the gaming community with generous discounts, most of which is negative or even hostile towards the aggressive policy of Tim Sweeney and his company (especially buying exclusive titles to be available only in EGS for some time). However, reports such as those on VtM Bloodlines 2 and Ubisoft games may have significantly weakened the impetus of the entire action.