The latest game from the devs of Naval Action - Ultimate Admiral: Age of Sail - has just been released in early access on Steam. In this game we play the role of the Admiral of the United States fleet or the British Empire during the war waged by these nations in 1775-1815. 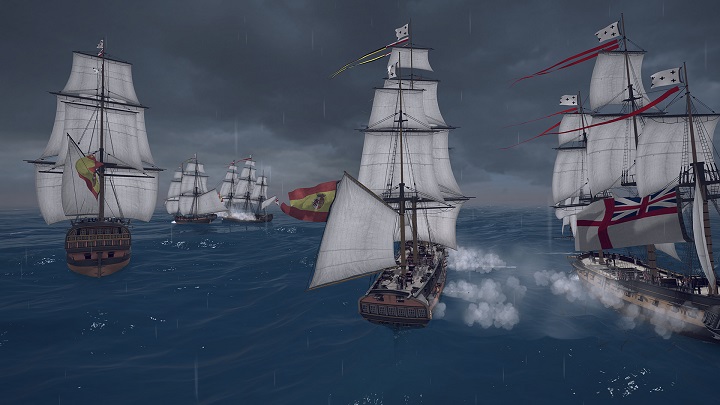 Ultimate Admiral: Age of Sail has already appeared in early access on Steam.

The gameplay in Ultimate Admiral: Age of Sail is divided in two segments - sea and land. In the first one, the players commands their own fleet in real-time naval battles and also send selected ships on distant missions (however, they has no direct influence on their course). On land, on the other hand, they takes control of infantry units. The mainstay of the game is the expansion of the fleet, and the player will receive many faithfully reproduced ships from that period, which will have different properties and applications. We have to hire officers and crew to operate them, and the player will also create their own admiral, whose fame and experience will translate into various benefits in the game.