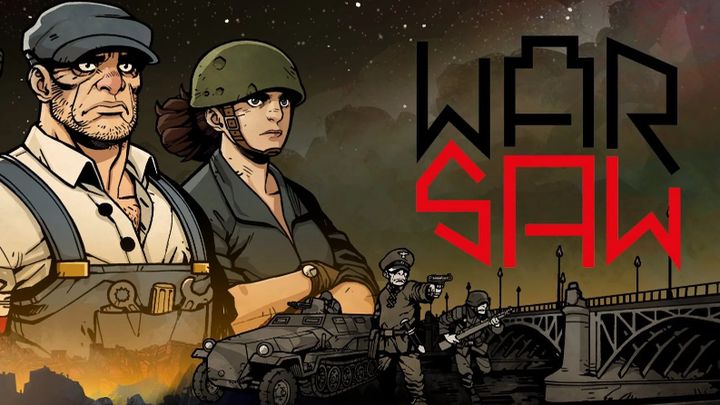 Today will see the launch of Warsaw, an independent strategy game from the Polish studio Pixelated Milk, set during the Warsaw Uprising. The title will be available only on PC (we will buy it on Steam, but it hasn't been unlocked yet), the game's estimated price is around $13 (PLN 49.99 on the game's official website). Yesterday the launch trailer was also released, which you can watch below. It is also worth recalling the hardware requirements - fortunately, they are not too high.

Gameplay formula adopted by Warsaw resembles the famous production from Red Hook Studios - Darkest Dungeon. It is a hybrid of strategy and RPG, in which the player manages a group of insurgents and tries to retake the capital of Poland from the hands of German occupants. We perform various tasks and fight numerous battles with the use of a turn-based combat system. We can develop the skills of our characters - it is worth noting that each of them has a unique background and capabilities. If we lose a character, it'll affect our chances of survival.

Warsaw will also appear on PlayStation 4 and Nintendo Switch consoles, but the releases dedicated to these platforms will laucch at a later date.