The management of Activision has reasons to be happy. The publisher boasted that more than 100 million users have already played Call of Duty: Warzone. Crossing this threshold took the game a little over a year, as the game debuted on March 10, 2020. Recall that the title uses a F2P model with microtransactions and was released on PC, PlayStation 4 and Xbox One. Thanks to backward compatibility, the game is albo available to PS5 and Xbox Series X/S owners.

CoD: Warzone crossed the 30 million player threshold ten days after its release. Two months later, that number had risen to 60 million, and to 75 million last August. So while the growth rate is clearly slowing down, reaching over 100 million users is still a great achievement for Activision.

One of the sources of the game's success is tieing its development with the classic paid installments of the series. CoD: Warzone was first integrated with Call of Duty: Modern Warfare, and then began receiving elements from Call of Duty: Black Ops - Cold War.

This strategy is expected to continue for years to come. The developers have just revealed the roadmap for the next months. It includes, among other things, a refresh of the Hunt for Ader map and event, as well as additional weapons, equipment and operators. 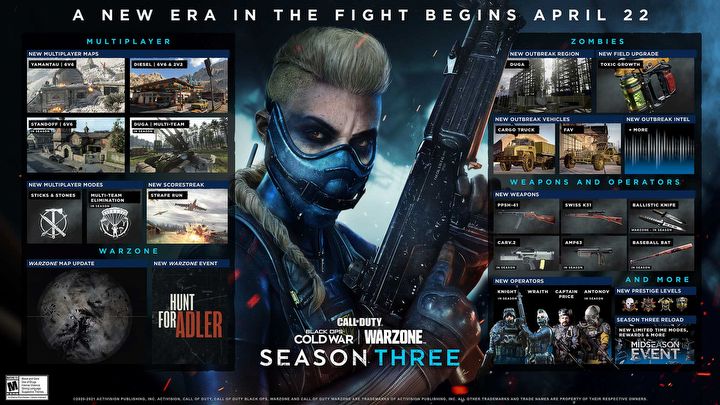 Netflix Promises Not to Crack Down on People Sharing Accounts