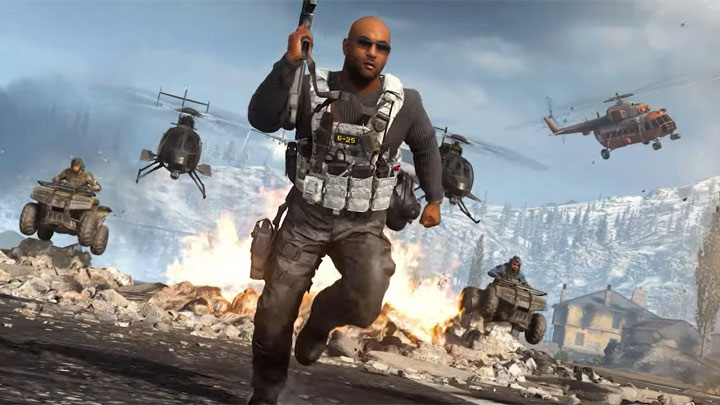 Call of Duty: Warzone turned out to be a hit.

Activision has become the next publisher to release its financial report in recent days. In the second quarter of this calendar year, revenue amounted to 1.93 billion dollars, which is much higher than the 1.4 billion achieved in the same three months of 2019. Another big increase was in the category of profits - from 328 million to 580 million dollars.

As with other publishers, the success of Activision is largely due to the pandemic that made people spend more time at home. Call of Duty: Warzone, which debuted on March 10, at a time when many countries were introducing the first restrictions imposed by the coronavirus threat. This game, together with Call of Duty: Modern Warfare and Call of Duty: Mobile, was responsible for most of the increases compared to last year.

The company has boasted that so far Call of Duty: Warzone has been downloaded over 75 million times. The number of people playing Activision's games each month has exceeded 125 million, compared to 102 million in the first quarter of this year.

In addition, the company reported that on PC Call of Duty: Modern Warfare is performing twice as well as Call of Duty: Black Ops IIII in the same period after its launch. The growth of the former on all platforms is greater than that of any other installment outside the quarters in which they were released. This is largely due to the popularity of CoD: Warzone. Players try this title for free and then buy an upgrade to the full version of Modern Warfare.

Results of Blizzard Entertainment and King

The aforementioned monthly activity result does not include achievements of games by Blizzard Entertainment and King, as the publisher provides this data separately.

Every month, 32 million people play Blizzard's works. No increase has been recorded here compared to the first quarter of this year. In turn, projects from King attract 273 million players a month. This is a decrease of 2 million compared to March 2020, but at the same time the result is 5% higher than between April 1, and June 30 2019.

2020 As Seen by Minecraft Players