In recent hours, the topic that has been firing up the industry media and a large part of digital entertainment lovers, is the information featured in documents that are part of the court battle between Epic Games and Apple. We found out about Sony's practices, Fortnite's earnings or possible next exclusives for Epic Games Store. However, that's not all yet. The file prepared by the North Carolina-based team also included data telling how much it paid for game giveaways on its website between December 2018 and September 2019.

As we can see in the above tweet published by Simon Carless from GameDiscoverCo, for all the giveaways on the store during the period in question, Epic Games had to pay publishers and devs a total of nearly $12 million. The largest amount, namely $1.5 million, went to Warner Bros. Games for the opportunity to present the Batman: Arkham collection. The set was reclaimed by a total of almost 6.5 million users of Epic Games Store (less than 614 thousand of which were new).

In second place on the list was Subnautica, which was the first game to be made available for free on Epic Games Store. Epic Games spent $1.4 million for the chance to give it away. The title was reclaimed by 4.6 million players (including 804,000 new EGS users).

The podium is closed by Mutant Year Zero: Road to Eden. This giveaway cost Epic Games an equal million dollars. A little over 3 million Epic Games Store users (including nearly 198,000 new ones) have added it to their accounts.

Looking at the list, you can still see two pretty interesting things. First, the giveaway of Metro 2033 Redux cost Epic Games absolutely nothing. While secondly, the biggest failure for the company, when it comes to the first 9 months of all the action, was Celeste. It paid $750,000 for the opportunity to give it away, and it only attracted 62.5 thousand new users (which means that one user cost Epic Games as much as $12). 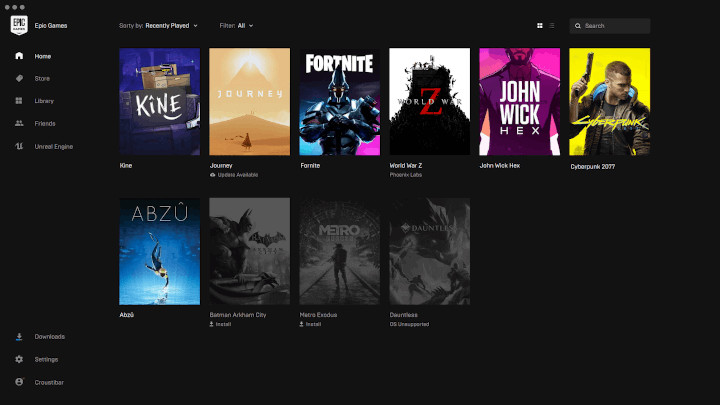 Epic Games definitely didn't skimp on being able to give away free games.

To sum up, when we recalculate the data provided in the list in question, it will come out that from December 2018 to September 2019, Epic Games had to pay an average of $2.37 for one new user acquired through a game giveaway. This is not an exorbitant amount, but we should remember that not all registered users are necessarily eager to spend money later. Either was, so far Epic Games Store is recording losses, but Tim Sweeney, the president of Epic Games, assures that it is an investment in the future and further development of the website.