After about half a year since its transition into a free-to-play MMO game, WildStar has received a major content update called Destination Arcterra. In this free add-on Carbine Studios gives the players an unexplored icy region of Nexus called Arcterra, where new challenges and adventures await them. Fans can set off on an epic quest whose ultimate goal is finding the mysterious Vault of the Archon.

On their way, players will also take on the bosses of the new world  beating one demands a large group, but the reward is worth the effort. Lots of awards and loot await the adventurers: new mounts, pets, house decorations, and other items can be earned by completing quests and defeating formidable enemies. On top of that, we can experience new weather effects, such as blizzards or auroras. 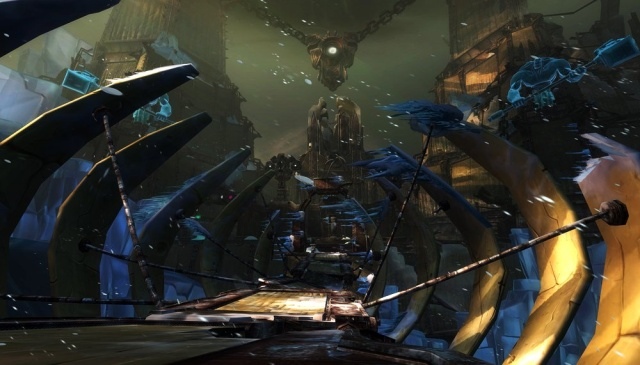 Arcterra is an inhospitable place, but one worth exploring.

Apart from the new content, Destination Arcterra update introduces a host of fixes and gameplay tweaks. For more info, go to WildStars official website or check out the full changelog on the games forums.

Baldur's Gate: Enhanced Edition gets 2.0 update along with the Siege of Dragonspear expansion

Baldur's Gate: Enhanced Edition gets 2.0 update along with the Siege of Dragonspear expansion