Windows 10 may still seem like a fairly new OS to us. However, it has been almost 6 years since its release. Apparently this is why Microsoft decided that it was a good time to create a successor to the system. For a long time we could follow various leaks and rumors about changes that will appear in Windows 11. A week ago an early compilation of the system leaked to the web, and was immediately subjected to extensive discussions.

Today we finally lived to see the official presentation and we can see how the next version of the popular system will look like. After a brief introduction, which touched on the subject of traditions and values with which Windows is associated, the most important changes that will appear in W11 were presented.

The first aspect that strikes the eye is the facelift of the system's layout and interface. The start menu has changed its location and now will appear in the middle of the screen. It is also supposed to be a place where we will find all the resources needed for easy navigation through the system. Moreover, all windows appearing on the desktop now have rounded edges. We will also get many options to personalize their colors. 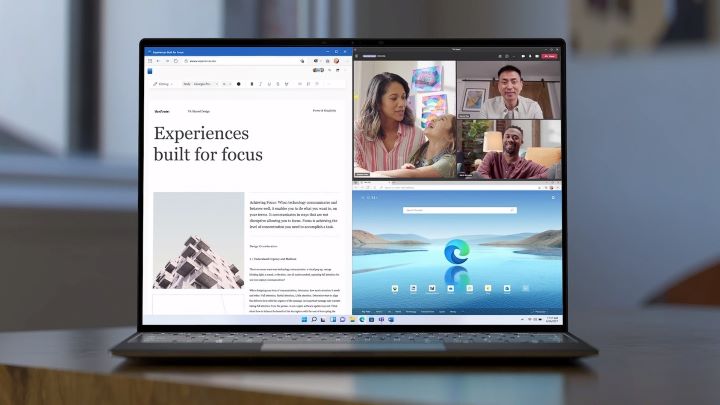 Windows 11 will allow a simple screen division in many configurations.

The option of dividing the screen into two, three or even four zones, each of which will support a different program, will also be developed even further. Windows 11 will also enable us to easily operate our computer using several separate monitors. Microsoft also boasted of expanded widgets, which appear to be an evolved version of the weather panel that was recently introduced in Windows 10. A new version of Microsoft Store was also presented, which is to become a much more open service.

The aspect that was particularly emphasized during the presentation, however, was the ease of use of the new system. Windows 11 will introduce many minor or major changes, but its users should feel at home. It was also revealed that the system should work more efficiently and faster. Updates will be much smaller and will have smaller impact on performance. 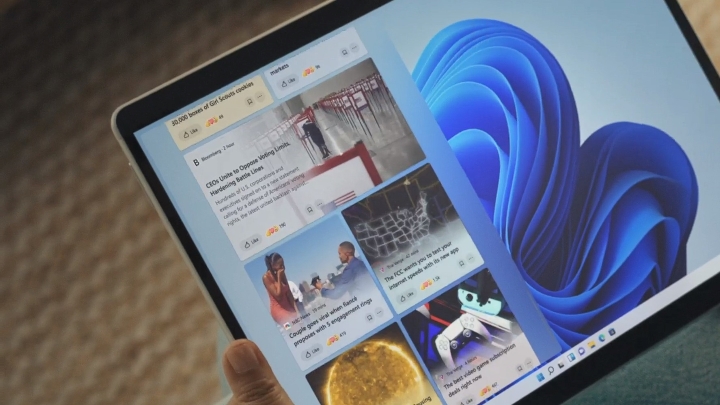 Microsoft intends to continue the development of widgets, which recently appeared in Windows 10.

Among the new features there is also an option that will be of particular interest to gamers. Windows 11 will introduce Auto HDR. This feature, previously available on Xbox Series S/X consoles, makes it possible to obtain better graphic effects in virtually every available game. The new system will also allow for the use of Direct Storage technology, which will optimize the performance of our CPU.

Presentation of all these features can be seen on Microsoft's official website. For the opportunity to test the system, however, we still have to wait. At the moment no specific date of its release is provided, but it is known that it will be the beginning of 2022. All Windows 10 owners will receive the new version of the OS in a free update.

We also already know the system requirements of Windows 11.