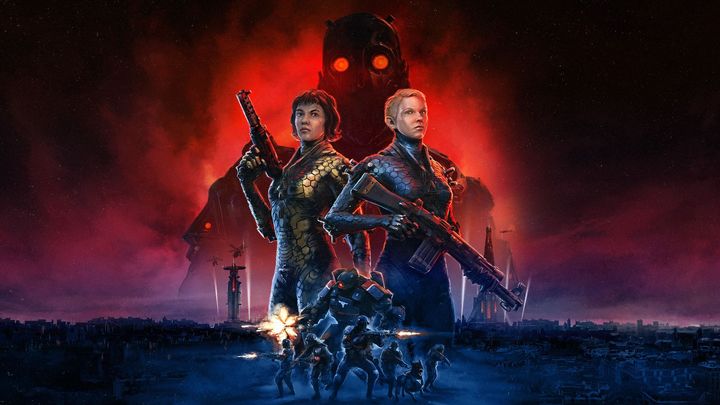 New Wolfenstein without censorship in Germany.

PCGamer reports that the upcoming FPS Wolfenstein: Youngblood will be the first game in this series that will not be censored in Germany. German gamers receive exactly the same production as everyone else, provided that they decide to purchase the International Edition (a version without Nazi symbols will also be available on the market). The information was given in an entry on the official Bethesda forum and confirmed in an English language message.

In the previous parts of the franchise, devs had to remove signs and graphics that could have been associated with Nazis (e.g. swastikas) in order to comply with the German law in force at that time. In 2018, however, the Act was amended. A rating agency can now consider symbols of this type in the context of a given production and allow them to be used if they are considered important for the artistic integrity of a work - provided, of course, that they do not glorify Nazism.

It is worth noting that legislators have treated games on an equal footing with all other manifestations of culture and artistic activity.

Many games made by creative, dedicated developers deal with sensitive topics such as the Nazi era in Germany in a responsible way that encourages reflection and critical thinking. The interactive nature of games makes them exceptionally qualified to provoke reflection and debate, and at the same time reach younger generations like no other medium," argued representatives of the German Gaming Industry Association during the public debate on the aforementioned change of law.

What is important, Wolfenstein: Cyberpilot, the upcoming title dedicated to the VR devices, be treated in a similar way to Youngblood. It cannot be ruled out that over time German players will also be able to purchase uncensored versions of the previous two games (Wolfenstein: The New Order and Wolfenstein: The New Colossus), but the publisher has not yet presented such plans.

Wolfenstein: Youngblood will provoke us to reflection and debate (or, more likely, to firing at Nazi legions) as early as July 26. The production is coming to PC, PlayStation 4, Xbox One and Nintendo Switch.