In January, Bethesda announced that it was working on a new Indiana Jones game. The title is supervised by Machine Games (the last three installment of Wolfenstein series), and the story will not be an adaptation of any film with the participation of the famous archaeologist.

Since then, there hasn't been a single piece of new information about Bethesda's upcoming game. Inquisitive fans, eager for any confirmation that this particular title isn't stuck in development hell, discovered that a Machine Games employee confirmed on his LinkedIn account that he began work on the highly anticipated Jones game in May. 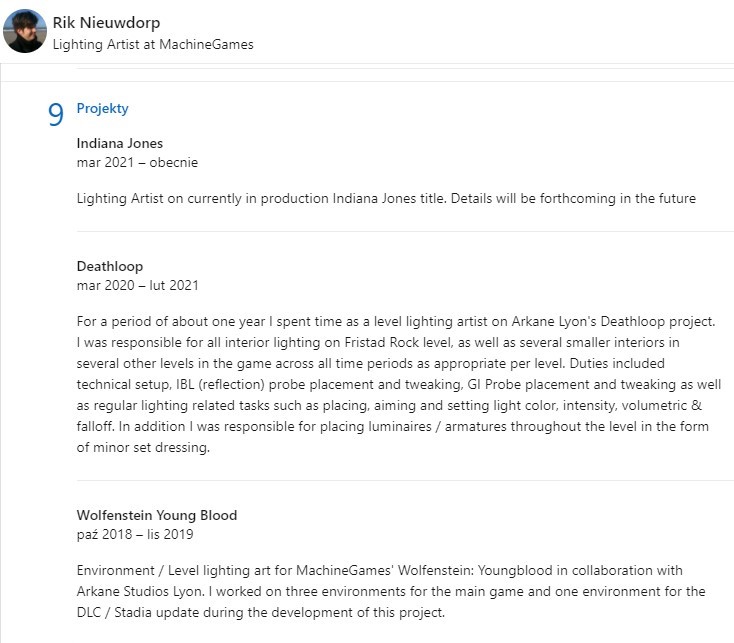 Rik Nieuwdorp, an employee of Machine Games began work on the development of a new game about Indiana Jones this month. Source: LinkedIn

It seems that the studio, after ending its collaboration with Arkane Lyon on Deathloop, can finally focus on a new IP. From the clues revealed in the first trailer, it seems that the game will probably take place in the Rome area in the 1930s.