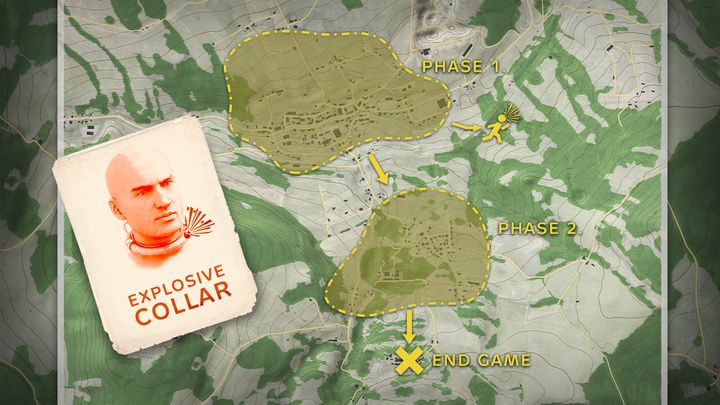 Bohemia Interactive has launched the Survivor GameZ alpha-test, the battle royale mode of the famous DayZ, in which we try to survive in a world dominated by zombies. To see for yourself what the Czech developers have prepared, you need to have a copy of DayZ on Steam, then go to this address and ask for the code to access the alpha.

The rules of Survivor GameZ are a bit different from what we know from other battle royale games. The game will be divided into three phases, during which players will have to move between several different "zones", the first two of which will have physical boundaries - if we go outside the designated area, we will start taking damage and eventually die. In each subsequent stage of the game we will find more and more powerful equipment. The best items will go to the so-called "hot spots" and will have a unique character, therefore, you can expect that the competition for them will be fierce. 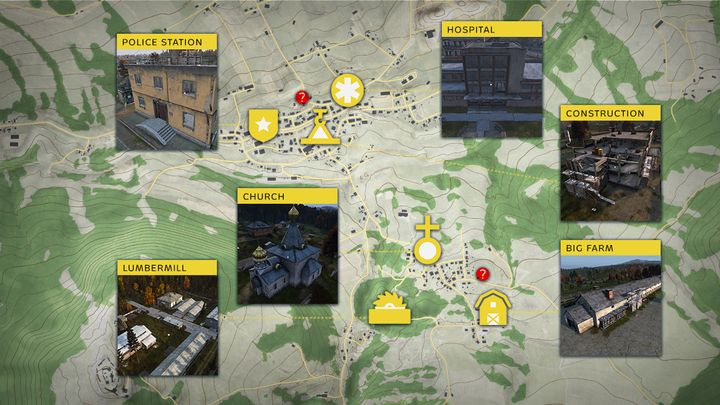 Map of the Survivor GameZ mode.

But that's not all, because the rules of the game will change drastically with the start of the last phase. The "zone" in which this stage will take place has no physical boundaries. You will find a special item that will be of key importance for the victory in a given game. The object will be dropped on the map in a specific place (at a sawmill). It will be marked with green smoke, the colour of which will change to red over time. When this happens, all surviving players will start to take damage, and the wounds will increase the further away we are from the mysterious object. By interacting with the object we will gain resistance to this effect, but only one person will enjoy it at a time. 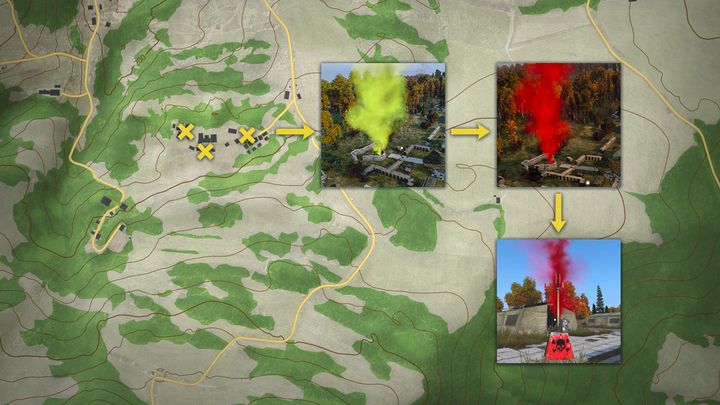 Survivor GameZ will change the rules of operation of healing items. Morphine will immediately restore most of your health, while vitamins and a bag of physiological salts will guarantee a long-lasting, but weak healing effect - while the second item will also help us revive an unconscious companion. EpiPen ("pen" with adrenaline) will have a similar effect, except that the treatment will be immediate, although rather weak.

It is worth noting that the name of the new mode refers to the mod created by Brian Hicks and Jordan Tayler at the time when DayZ itself was only a modification to the shooter ArmA II. Despite the similarity, the developers are not related to this project. In his interview for PCGamer, Brian Hicks admits that he hopes that Bohemia Interactive will not rush too fast with the release of Survivor GameZ.

"That said, neither myself nor the rest of the original founding Survivor GameZ team have been engaged by management at Bohemia Interactive in regards to the design, or functionality of the Survivor GameZ. Due to this, I am uncertain as to the state or feel of the offering they have talked about today. I can only hope they have held true to the design, and heeded my words of caution when we made those early plans. That the Survivor GameZ can *not* make a reappearance until the game itself is reliable, smooth, and as bug free as possible," the developer said.