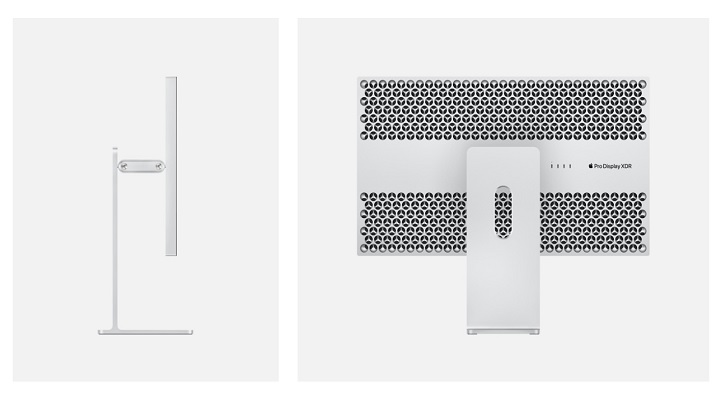 This is the controversial part of the screen.

Apple conferences can't be held without mistakes or long discussions about what's on display. You know what they say, there is no such thing as bad publicity. what is remembered the most are mistakes and absurdities. Because it is they who later flood the Internet in the form of various memes. 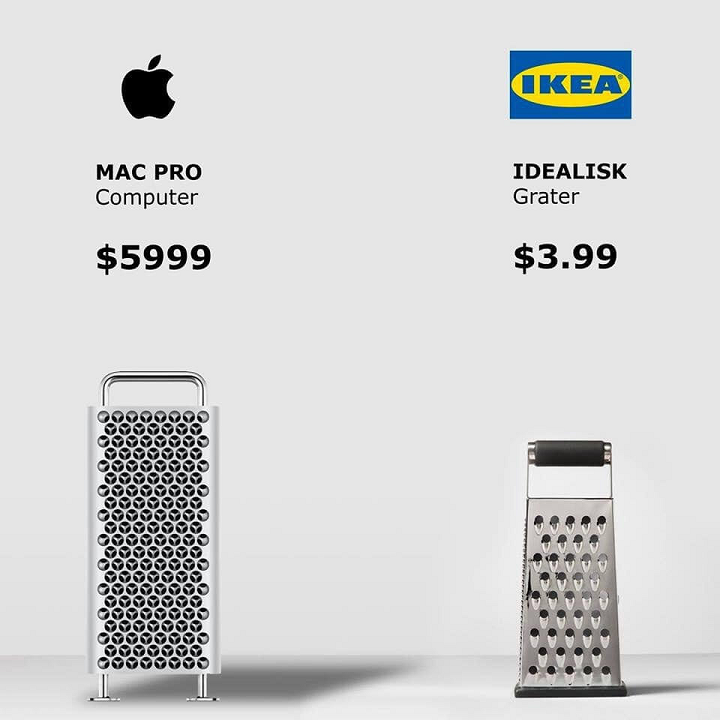 Any resemblance is coincidental. The author of the picture is Andreas Carlsson (https://www.instagram.com/andreascarlsson90/)

But it's not Mac Pro we're gonna talk about. It's the stand for the company's new 6K monitor, which is sold without any attachment. The foot or wall mount must be purchased separately. And while you can understand the lack of a cable or adapter for a few dollars, here we are talking about a part without which the screen becomes unusable. Unless we put it flat on the desk or lean it against a wall. 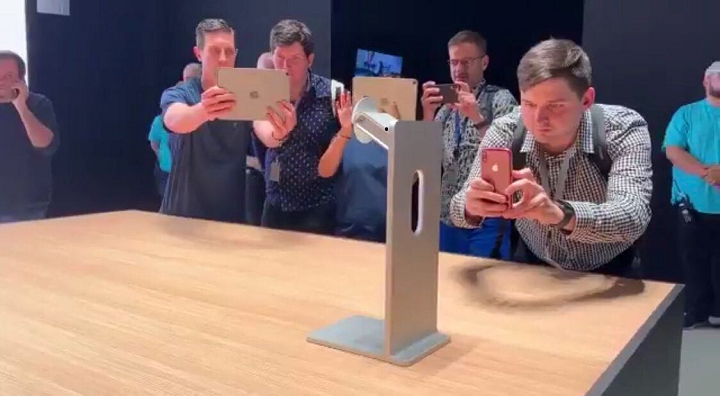 Although the reactions of the audience during Apple's conference are usually predictable and every spoken word "Amazing" is accompanied by an extensive "Oooooo..." or applause, this time the information about the monitor without a foot and its price caused indignation of the audience. Apple didn't like it.

So, the company apparently began to report and remove from the web all videos appearing on YouTube that contain coverage of the conference, hiding behind the violation of rights to the recording. The recording is still available on Apple's official channel. So if you want to laugh, laugh at the source.